Coming out and fighting anti-immigrant policies

The N.C. DREAM Team is having a “Coming Out” rally on Saturday as a way of mobilizing youth to speak out against state legislation that targets the immigrant population.

The rally, coordinated with other efforts around the country, will be a chance for the young immigrants, many of whom arrived in the U.S. as children, to publicly say they’re “undocumented, unafraid and unashamed.”

“We’re being attacked on the local level,” said Vidriana Martinez, one of the event’s organizers. “What are we supposed to do? Go back into the shadows? Or we can do something and start speaking out.”

The NC DREAM Team staged a hunger strike last year in an unsuccessful attempt to persuade U.S. Sen. Kay Hagan to back a bill that would have opened up a path to citizenship for youth who arrived illegally in the U.S. as children and who attend college or serve in the military. The bill didn’t pass, and Hagan did not support it.

DREAM team organizers hope Saturday’s event will bring attention to the lives of the 325,000 estimated North Carolina residents in the country without the proper documents. Most of those living in the state are working, with 250,000 of the states undocumented immigrants in the labor force, according to a recent analysis by the Pew Hispanic Center.

The group is now taking on the challenge of fighting for immigrant rights on the state level, Martinez said.

GOP legislators, led by N.C. Rep. George Cleveland of Onslow County, have introduced several bills that take aim at the state’s immigrant population. Among the pending legislation are Arizona-like bills that would give allows local police broader powers to detain and arrest people on the basis of immigration status, as well as education bills that would bar undocumented immigrants from attending public colleges and universities. Currently, undocumented students can attend but must pay out-of-state tuition.

Martinez said she expects anywhere from 50 to 100 youth from around the state to come to Saturday’s event in Greensboro. 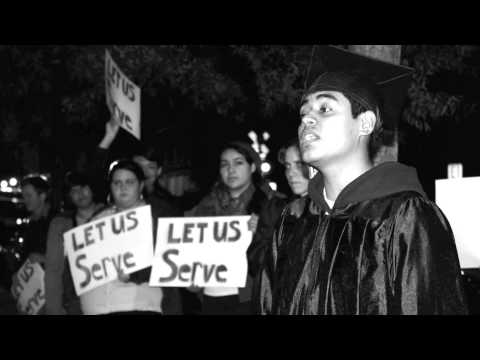