The North Carolina Senate voted (27-17) Monday to repeal the Racial Justice Act, sending SB 9 off to Governor Bev Perdue.  The Senate’s approval came just hours after the Judiciary Committee heard emotional testimony on both sides of the legislation.

The family members of crime victims expressed frustration that convicted inmates would even be given another chance to overturn a death sentence.

But others called the Racial Justice Act a “safeguard” to ensure racism was not a factor in an inmate’s trial or sentencing.

Darryl Hunt, who spent 19 years in prison for a crime he didn’t commit, told the Senators that race remains a factor in North Carolina’s justice system:

“….and if you think that race did not play a factor in my case, and me being arrested, charged, and convicted, then you are not living here in North Carolina.”

Governor Perdue must now decide whether to veto the measure.

To hear a portion of Monday’s emotional Judiciary committee hearing, click below: 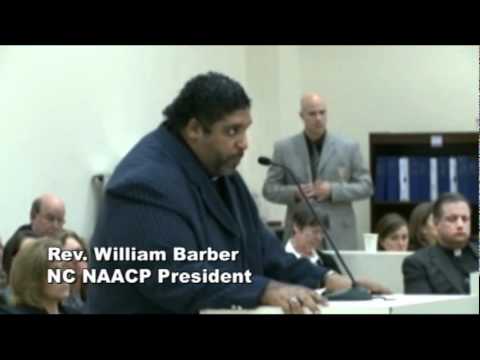