On Tax Day, demonstrators seek tax equality for the 99% (slideshow)

As last-minute tax filers scramble to get their taxes in by Tuesday’s midnight deadline, demonstrators gathered outside the Bank of America branch in Raleigh’s Cameron Village to protest corporate tax avoidance.

The NC AFL-CIO, MoveOn.org, and other community activists believe that Tax Day is a reminder that corporations and the super wealthy are not paying their fair share. The AFL-CIO’s Jeremy Sprinkle says that leads to cuts in vital public services and leaves working families and everyone else in the 99% stuck with the bill.

To hear more from the tax day protesters, click below: 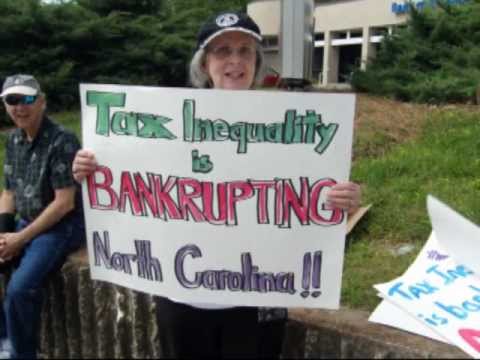