NC Council of Churches: Amendment One would codify discrimination in the Constitution (Audio)

As supporters of the anti-gay marriage amendment roll out a full page ad in North Carolina newspapers this weekend featuring the Rev. Billy Graham, the NC Council of Churches is making its opposition to Amendment One equally clear.

The Council, which represents 18 denominations and over 6,200 congregations with about 1.5 million congregants, is urging its members to vote against the ballot measure.

George Reed, executive director of the NC Council of Churches, says the amendment is about discrimination not marriage:

“It writes discrimination into our bedrock document, which is basically designed to give rights, not take rights away,” explains Reed. “It has unintended consequences beyond the issue of same gender marriage, which will hurt other families and children, and other relationships.”

Earlier this week, Reed wrote to the Council’s friends and followers, urging them to vote May 8th:

“As last week’s incident involving Speaker Tillis’ chief of staff or the ongoing trial of John Edwards make painfully clear, the challenge to straight marriages is not gay marriage, but the hurtful things straight couples do to each other.”

Reed joins us this weekend on News & Views with Chris Fitzsimon to discuss Amendment One, and why even people who oppose gay marriage should reject the discriminatory effects of the constitutional amendment.

For a preview of Reed’s radio interview, click below. To view their toolkit for people of faith opposed to Amendment One, click here: 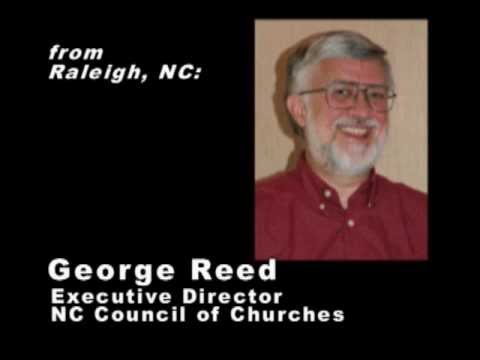