This troubled soul calls himself a believer in Jesus

I’m sad to report that that the haters and crackpots masquerading as “people of God” continue to emerge from the woodwork in North Carolina. The following (including the video below) comes from our friends at Think Progress:

North Carolina Pastor Charles Worley shared with his congregation this weekend how he thinks the country should deal with the scourge of gay men and lesbians: Lock them into a pen with an electrified fence, drop food down to them, and because they can’t reproduce, they will die out.

The Pastor’s leper colony-esque proposal came in response to the president’s endorsement of same-sex marriage, which he said “anybody with any sense” would be against. Worley explained that the idea of two men kissing makes him “pukin’ sick,” so he developed a proposal to “get rid of all the lesbians and queers”:

WORLEY: I figured a way out — a way to get rid of all the lesbians and queers. But I couldn’t get it passed through Congress. Build a great big large fence, 150 or 100 miles long. Put all the lesbians in there. Fly over and drop some food. Do the same thing with the queers and the homosexuals. Have that fence electrified so they can’t get out. Feed ‘em, and– And you know what? In a few years they’ll die out. You know why? They can’t reproduce. 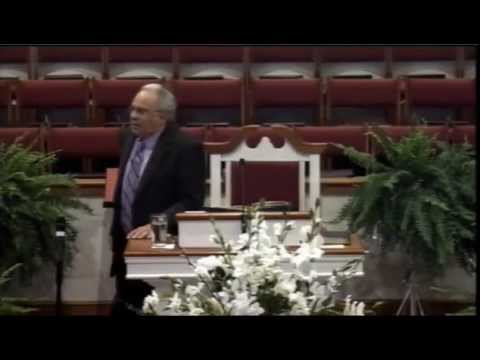 These comments are in line with other anti-gay religious leaders in the state, like Sean Harris, who said parents should “crack” their children’s “limp wrist.” Harris walked back his statements, but Corley emphasized in his speech that he did, in fact, “mean to say that.”