When state House members return from the Memorial Day holiday, it’s expected they’ll give final approval to legislation making it much harder for cities to grow in the future by annexing land.

With a 70-44 vote, legislators approved House Bill 925 on Thursday, which would require a municipality to place the question of annexation up for a referendum. If less than a majority of the votes cast favor annexation, the municipal governing body would be blocked from proceeding for at least 36 months.

A separate bill (House Bill 5) would overturn and repeal nine previous annexations by Kinston, Lexington, Rocky Mount, Wilmington, Asheville, Marvin, Southport, Goldsboro, and Fayetteville. This act would also bar the municipalities from attempting future annexation of those areas for another 12 years.

But Wake County Republican Rep. Nelson Dollar countered it was about giving property owners a voice.

“For decades here, local control had been the North Star of how we handle local matters. And again, that doesn’t mean that any of us would agree with all local decisions. But they have a right to make mistakes and correct them at the local level, and this bill [H925] doesn’t even whisper the name of local control. It effectively eliminates it,”  said Rep. Glazier.

The N.C. League of Municipalities has expressed disappointment with the legislation calling it “a serious detriment to growth.”

To watch a portion of Thursday’s floor debate, click below: 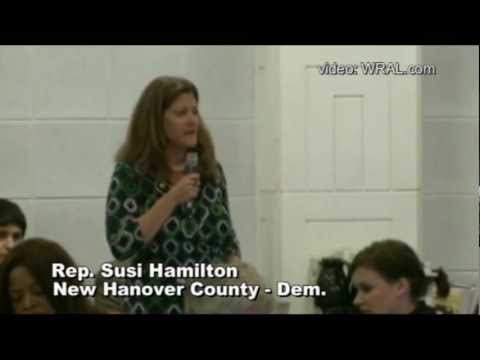