The Transylvania County Republican argued the public schools within the three counties he represents have served students well, yet would be punished with less state funding if this bill becomes law.

Whitmire warned that a $4,200 voucher would not begin to cover private school tuition, adding that the non-public schools in his area did not have the capacity to serve more than a handful of new students.

“And in the end I have great issues with the transparency of accountability,” explained Whitmire, a former school board chairman.

Only two other Republicans (Reps. Josh Dobson and Jeffrey Elmore) joined with Whitmire in voting against House Bill 944.

For more on the House Education Committee’s debate of school vouchers, read Lindsay Wagner’s blog post here. To hear Rep. Whitmire speak up for his public schools, click below: 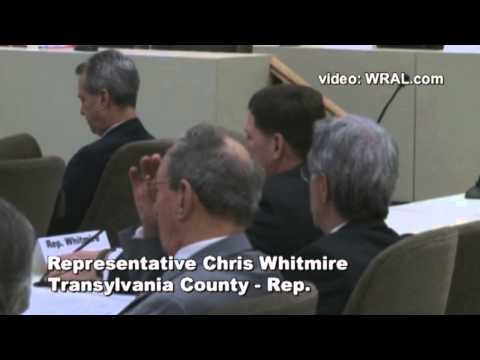