Gov. Pat McCrory seems to be repeating his mistakes, at least when it comes to explaining how and why 70,000 North Carolinians were cut-off from federal unemployment benefits on July 1.

The Republican governor told a Wilson Times reporter Wednesday that Democratic President Barack Obama could have made an exception for North Carolina and prevented the July 1 cut off, a not-so-accurate take on the situation that the governor gave  to reporters two days prior. (This was the same interview where McCrory said he routinely mingles with Moral Monday protesters though there have not been any reported sightings of him at the high-profile events.)

The problem is, McCrory’s blame on federal officials for North Carolina’s decision to cut off benefits for 70,000 unemployed residents isn’t accurate (as my colleague Chris Fitzsimon pointed out in his weekly Friday Follies column). It’s also not the first time McCrory was corrected about his mistake, after he made similar comments at a press conference Monday and his spokesperson acknowledged those mistakes that day.

Here’s a more detailed breakdown of who said what, who reported what, and when.

On July 1, North Carolina became the only state to reject federal funds for an estimated 70,000 long-term unemployed after a law revamping the unemployment insurance systems passed by the state legislature (and signed by McCrory) went into effect. 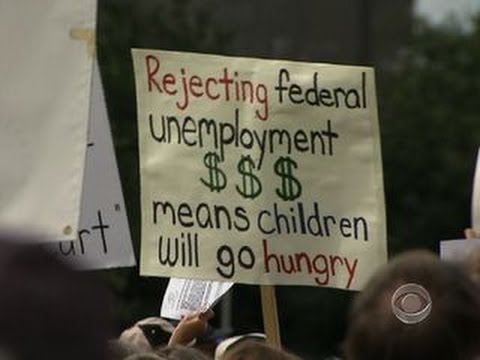 On Monday, McCrory said in a press conference about his first six months in office that the Obama administration could have acted to avoid the pain of the 70,000 who lost unemployment benefits on July 1.

“The debt we owe the federal government, last I checked, has not been forgiven by the administration in Washington. Nor has the waiver been accepted that we requested many months ago,” McCrory said, according to the News & Observer. “The waiver was not accepted by the Obama administration and had it been, we most likely would be extending unemployment.”

Some quick fact-checking published Monday evening and Tuesday by Raleigh-based news outlets WRAL and the News & Observer’s Under the Dome blog found McCrory wasn’t exactly right on that, and his spokeswoman Kim Genardo acknowledged he was wrong when he put blame on the Obama administration.  Congress theoretically could have granted an exemption on the state law that state lawmakers opted to give a July 1 start date, instead of delaying it to January and allowing the federal money to flow through.

In his Monday evening post, WRAL reporter Mark Binker wrote, “McCrory suggested that the Obama administration could forgive some or all of the debt accumulated to pay reinsurance claims. That prerogative actually rests with Congress, which has the power to appropriate money.”

Meanwhile, the News & Observer reported the next day that:

McCrory is wrong on at least three points: 1. The debt is not a state obligation; it is owed by businesses who pay taxes to refund the state for unemployment benefits; 2. The “waiver” was a matter before Congress, not the president; 3. It sought to exempt the state’s plan to cut benefits, so it wouldn’t be subject to the penalty (the loss of federal extended unemployment benefits for more than 100,000 people) and it would not lead to additional benefits; in fact, it would allow the opposite.

A McCrory spokeswoman later acknowledged the governor misspoke about the Obama administration’s role. She said the “waiver” remark referred to a letter Republican legislative leaders sent to Democratic U.S. Sen. Kay Hagan’s office asking to be grandfathered. It goes without saying that only Congress — the majority of North Carolina’s federal delegation is Republican — could absolve the money the state borrowed, not the Democratic president on his own.

Then, on Wednesday, McCrory spoke to the Wilson Times reporter and again repeated his claims that the Obama Administration could have done something to prevent the unemployment cliff created with the state legislation. The Wilson newspaper article was published on Thursday.

“So, President Obama, frankly, could have given us a waiver and we would have extended it,” McCrory said.  “It was federal unemployment. What it did was not allow us to reduce our unemployment compensation equal to what South Carolina, Virginia and Tennessee pays.”

He was also quoted saying this:

“We were $2.6 billion in debt,” McCrory said. “The president has not given me a waiver pass on the $2.6 billion that North Carolina owes.”

It’s now Friday, and N.C. Policy Watch has called McCrory’s press office asking for comment about the most recent comments he made about unemployment. We’ve not received a call back yet, but will update this post when we do.