After getting the green light in the Senate Rules Committee, the Republican-controlled Senate will take up the massive election reform bill on the floor this afternoon.

The need for a photo Id was somewhat overshadowed in Tuesday’s debate due to dozens of other provisions – including proposals that would cut early voting, eliminate same-day voter registration and voting, and end straight-party ticket voting.

The latest version of the bill would also bring to an end the pre-registration of 16- and 17-year-olds, who currently can register to vote in North Carolina before they turn 18.

Senator Josh Stein asked the bill sponsors why they would want to eliminate that particular provision.

Senator Bob Rucho justified the measure by explaining his own son’s confusion. Click below to hear the exchange.

To read more about the bill, check out Rob Schofield’s Weekly Briefing. 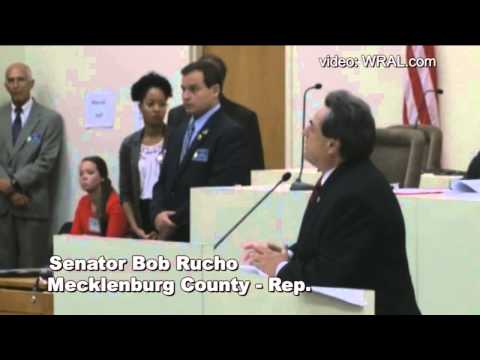