Multiple media outlets jumped on the news we broke here at N.C. Policy Watch late Friday afternoon that taxpayers gave more than $37,000 in severance to the former chief of staff for N.C. Health and Human Services Secretary Aldona Wos.

Thomas L. Adams, of Southern Pines, had only been on the job one month. You can read the original article here. Interested readers can read how various other media picked up the story about the severances and an profile of the embattled DHHS Secretary.

The Associated Press included a rundown in its story of the recent salary and hiring controversies at the state agency, and Raleigh TV station WRAL pointed out that Adams’ exempt status means the state had no reason to offer him a buyout after leaving.

Another DHHS-related story at WRAL that’s worth reading is Mark Binker’s piece today about what McCrory’s vague references to big changes he wants to make to Medicaid, the federally-funded system that provides medical care to low-income children and some of their parents, people with serious disabilities, some elderly and pregnant women. All must fall into very low income thresholds.

The News & Observer put a story referencing Adams’ $37,227 severance on its front page Saturday, and had an in-depth look Sunday at Wos’ tenure so far at DHHS in an intriguing profile that also delved into the substantial fundraising Wos and her husband have done for top Republican politicians.

Wos did not speak to the N&O for the article, nor would she take questions from N.C. Health News Editor Rose Hoban who attended a talk the health secretary gave last week in Asheville. In fact, a DHHS staffer stopped Hoban from asking questions.

As Wos arrived, she was accompanied by a DHHS employee who identified himself as Jason Simmons and said he was a health adviser to the secretary. Simmons prevented a reporter from N.C. Health News from asking Wos a question, stating that all questions for the secretary must go through spokesman Ricky Diaz.

Diaz was not in attendance at the gathering.

According to news station WRAL, Simmons, a former campaign aide to presidential candidate Mitt Romney and subsequently to Gov. Pat McCrory, has no listed educational background or experience in health policy.

Wos, who has spoken to few media outlets in recent months, did allow for a sit-down interview with News 14 Carolina’s Loretta Bonitti. (The interview was taped Friday before the story about the $37,000 severance was out.)

From the News 14 interview: 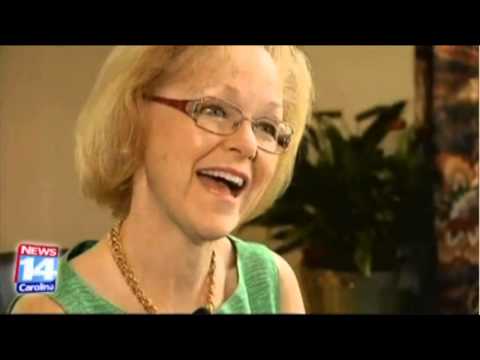 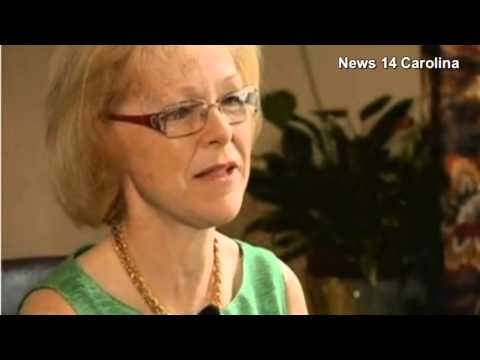