Maybe it’s those handouts we are distributing in our community meetings around the state featuring a photo of a smiling Governor McCrory signing the bill earlier this year that sent back a $74 million grant to NC from the federal government for advertising and implementing effectively the Affordable Care Act in NC and rejecting $15 billion more in federal dollars for expanding Medicaid. Maybe it’s the fact that some NC hospitals are closing or laying off employees already because of the decision by McCrory and the General Assembly not to expand Medicaid under the Affordable Care Act. Maybe it’s the unending bad press the Governor is getting as a result of the blatant cronyism and incompetence at the NC Department of Health and Human Services. Or maybe its the overwhelming response today as NC’s health insurance exchanges open up and people with a history of cancer can finally afford health insurance along with 25 year olds who make $20,000 a year.

For whatever reason the Governor has decided to not continue his previous active resistance to the Affordable Care Act. He’s instructing parts of NC state government to cooperate with signing people up and even released this video statement today that directs people to the www.healthcare.gov website to sign up for coverage. I think he sees the politics of the Affordable Care Act as changing rapidly. He’s getting enormous pressure about the terrible decision not to expand Medicaid and he wants to shore up his crumbling reputation as a moderate. Who knows, this change of heart may indicate more willingness to expand Medicaid under the Act next year too. Stay tuned. 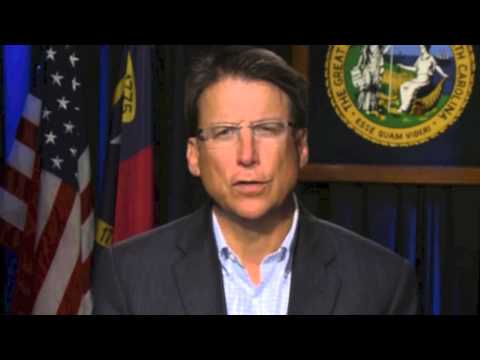