Here’s your daily dose of sunshine today, or at least the open government type of rays celebrated every year as part of the national Sunshine Week.

Earlier this month,  Lee County commissioners abandoned their normal meeting location to hold what is supposed to be a town hall-type public meeting at Sanford’s private Carolina Trace Country Club, according to this account from the writers behind the Rant, a Sanford-based news blog. (Scroll down for the video, it’s worth it.)

After digging a bit, writer Billy Liggett, a former newspaper editor, found out that the March 7 meeting was not only being held in a place where the general public couldn’t go, it was limited to residents of the Carolina Trace gated community. An advertisement later obtained by Liggett about the meeting promoted the meeting as a meet-and-greet with local Republican elected official and candidates for upcoming races.

North Carolina’s open meeting law is pretty clear on what ought to happen when it comes to these situations, requiring that “each official meeting of a public body shall be open to the public, and any person is entitled to attend such a meeting.”

After the faux pas of holding a public meeting behind a gate was noted, the county commissioners sought to bring the meeting in compliance with open meeting laws by stating that anyone who showed up at the gate could go to the meeting.  If someone encountered problems, they could call Lloyd Jennings, who is the founder of a local chapter of the conservative Tea Party-aligned advocacy group Americans for Prosperity, and Jennings would ensure the individual could get to the meeting.

Except that’s not what happened, as you can see in this video from the Rant. 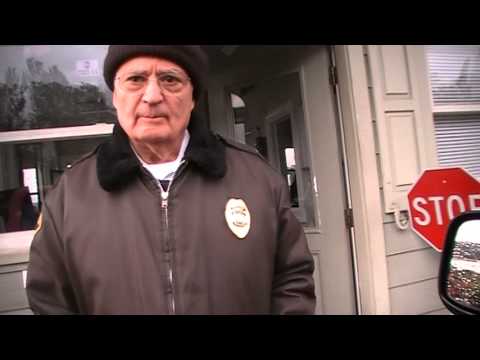 UPDATE: Lee County Commissioner Charlie Park apologized  for the meeting, saying he won’t seek to have another public meeting in a gated community after hearing about several people (including one county commissioner) encountering problems getting through security at the gate. Click here to read more.

For those of you thinking the Rant might be a bit familiar, this isn’t the first time the Rant has stumbled into open government controversy.

We wrote last year about how the creators behind the blog had their radio show at a nearby community college radio station canceled following a complaint from Republican state Rep. Mike Stone. Stone had recently been the subject of a critical blog post on the show’s website.