For the first time in a while in North Carolina, advocates for common sense gun regulations are showing some real spunk (and getting some traction) in combating legislation pushed by the Second Amendment fundamentalists. Scroll down to see the new TV ad from the Everytown for Gun Safety Action Fund and the North Carolina chapter of Moms Demand Action for Gun Sense in America. This is from a release that accompanied the ad’s release:

In the past year, 819 permits in Wake County were denied to prospective handgun buyers, including felons, domestic abusers, and the seriously mentally ill. If HB 562 passes, those dangerous people would be able to meet a stranger online and buy a handgun with no questions asked. “ 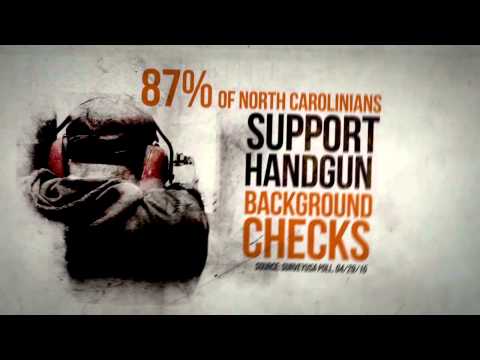