On Wednesday evening, Governor McCrory stated that he is planning on signing the controversial House Bill 465 when it reaches his desk. The Governor’s statement came hours after the House voted 71 to 43 to make the bill, which includes a 72-hour abortion waiting period, law in North Carolina.

The Governor’s decision came as a shock to those who had trusted him to stay true to his word. During his 2012 campaign, McCrory promised he would not sign any additional restrictions on abortions into law. However in 2013, he signed a bill creating unnecessary regulations for abortion clinics and further restricting insurance coverage of abortions. Giving him the benefit of the doubt, it was expected that when faced with a blatant abortion restriction, the Governor would veto the bill. It is clear now that McCrory has no intention of keeping his campaign promise. He is happy with the revised version of the bill; he has declared that it will positively protect women’s health. (Scroll down to see the video of the Governor’s now blatantly broken 2012 pledge and his explanation of the first time he went back on it).

The HB 465 that the Governor plans to sign looks nothing like the bill that was first introduced in April, with one exception: the mandated 72-hour waiting period.

The initial version of the bill included strong restrictions on the ability of doctors and UNC system hospitals to perform safe abortions. The final version leaves out the restrictions on UNC but adds in tougher laws against statutory rape and sex offenses. It also adds protections for victims of domestic violence. With the second edition of the bill, it appeared that the Legislature had realized the error of their ways and the absurdity of preventing one of the best ob-gyn programs in the country from teaching this family planning skill. Unfortunately, that clarity did not last long. Within weeks, without providing a reason, the Republican-controlled Senate decided to dump unrelated criminal justice provisions into the bill.

Throughout all these revisions, the 3-day waiting period has remained unaltered in any way. The Governor’s expression of satisfaction makes it clear that he has no comprehension of the dangerous effects of a waiting period. Not only do they have no medical benefit and will do nothing to protect women’s health, but in fact waiting can have a negative impact on women, both physically and emotionally. Not to mention, that imposing a waiting period on women implies that they are overly emotional and incapable of making life-impacting decisions without being forced to have extra time to think about it. It is insulting that McCrory and the legislators who voted for the bill believe that North Carolina women are too irrational to make decisions about their own bodies without government hand-holding. It’s hard to imagine that the Governor’s failure to live up to his campaign promise won’t figure prominently in the 2016 campaign. 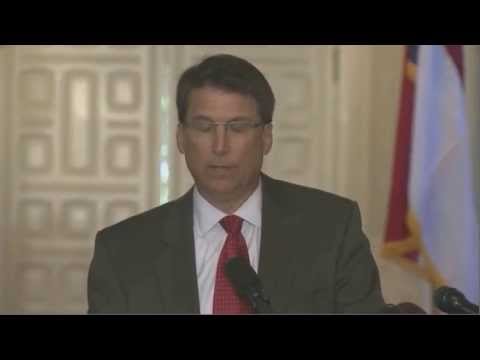