The state House of Representatives tacked on a provision last night to a bill requiring public disclosure of three finalists for the ongoing search of the University of North Carolina’s next president.

The amendment, proposed by state Rep. Grier Martin, a Raleigh Democrat, was added on to a bill that would cap the terms members of the  UNC Board of Governors could serve. (Click here to read more about the term limits, and scroll down to watch video of Martin’s comments.)

Update,: The House, in another amendment, opted to strip the transparency measures out of the bill late Wednesday night. It also allowed the board to “appoint an interim President” for the UNC president.

The bill now limiting the term limits of board members but without transparency measures went on to pass the House and Senate, and is now headed to McCrory’s desk.

In addition to the posting of resumes and names of the candidates 10 days before any final decision, the amendment (click here to read) would also now require holding a public meeting about the final candidates.

A second vote on the proposal is scheduled for when the House convenes again at 11 a.m., and then Senate lawmakers would need to give their okay to the bill before it would head to Gov. Pat McCrory’s desk to be signed.

The UNC Board of Governors is in the midst of a search for a new system president after dismissing current president Tom Ross last January, for reasons that have not been fully explained but speculation has pointed to political motivations.

Ross, a Democrat, had led the state’s higher education system since 2011, but the UNC Board of Governors he reported to changed drastically during his tenure, after Republicans took over both chambers of the legislature soon after Ross took the job.

The 32 members of the UNC Board of Governors now consist entirely of appointees from a Republican-controlled legislature.

Up until now, the search for the next UNC president has been cloaked in secrecy, despite faculty requests to open up the process and allow final candidates to meet with members of the faculty.

John Fennebresque, a Charlotte attorney and the board chair for the UNC Board of Governors, responded earlier this month that faculty requests to open up the process would go “nowhere.”

The legislature’s move for transparency in the last hours of a months-long search for a new system president  is bound to complicate what has already become an increasing tense situation among UNC Board of Governor members.

The search has been hampered in recent weeks as some members of the full board have complained that they’re not being kept apprised of the directions of the smaller search committee.

The presidential search committee will meet at 6:30 p.m. tonight, on SAS’ campus.

It’s unclear how much of the meeting will be public, deliberations and discussions about specific candidates are held during closed session. The state’s open meetings law, however, generally requires that public bodies hold more general discussions about policies, process and procedures in the open. 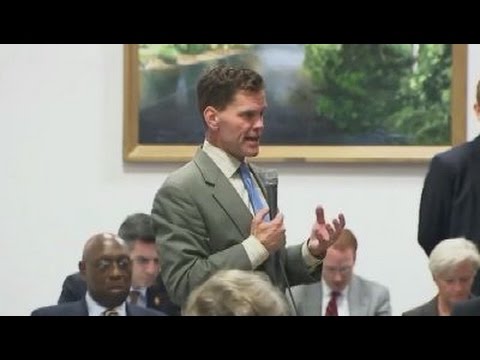