By Clayton Henkel
In Commentary, Courts & the Law, News

Commentary:
1. Make no mistake. The budget failed because Republicans failed to compromise.

There is a temptation—and believe me, I understand it—to celebrate the fleeting nature of this week’s special session of the North Carolina state legislature as some sort of coup.

Resist that temptation, even if the sight of an ostensibly frustrated Phil Berger is a new one to these tired eyes.

Berger and his compatriots in the Republican caucus enjoyed near unchecked power in the last decade. A post-Obama surge of conservatives played a modest part in that, although the gerrymandering did its part too. [Read more…]

2. Pipelines, roads and railways: This is why you should care about Trump’s rollback of NEPA, a key environmental law

By the time the new Interstate 885 opens in Durham later this year, some of the people who conceived of the original project will have been long dead.

In the works for 60 years, the East End Connector, as Durhamites call it, funnels traffic over four miles from NC 147 to US 70 and onto I-85, to reduce congestion on surface streets.

But environmental laws did not slow-walk the project. In fact, when the highway was first conceived in the early 1960s, there was no EPA. There was no Clean Water Act, no Clean Air Act. There was no NEPA — National Environmental Policy Act. All those laws were passed in the 1970s. [Read more…]

3. NC’s new “Raise the Age” law appears to be off to a promising start 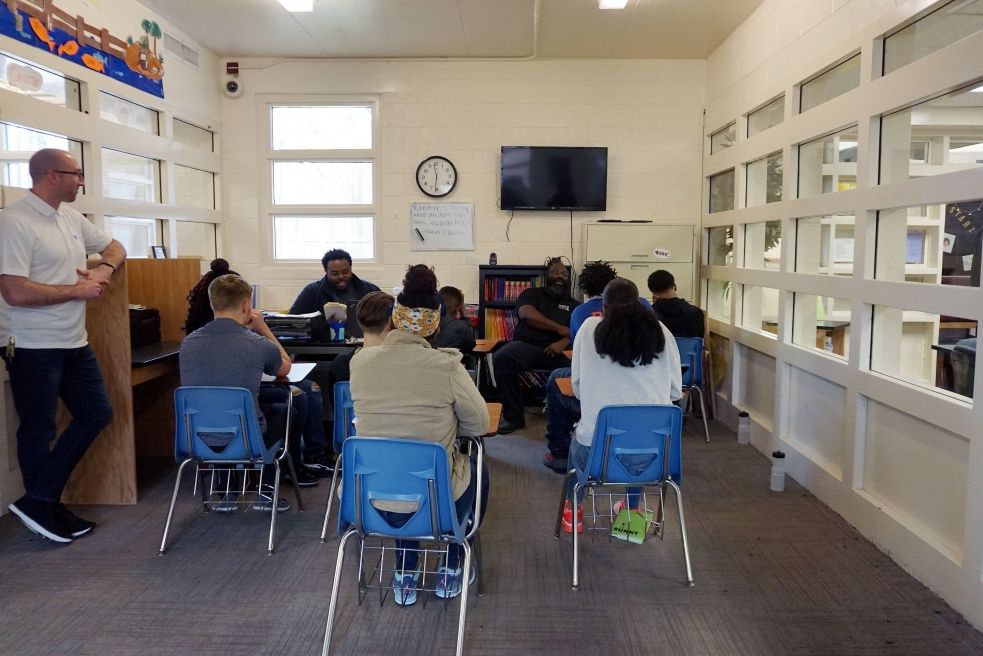 Tall trees and a rocky, woodsy landscape envelop the C.A. Dillon juvenile detention campus in Butner. Save for the tall metal fence that rings the confinement building, the area could be mistaken for a summer camp or private school grounds.

The feeling that greets the visitor of wanting to go for a group hike or play flag football with old pals quickly diminishes inside, however, as the smell of fresh paint permeates the building and barred windows and concrete walls remind you that this isn’t a fun trip away from home. But it won’t be like that forever – after all, this isn’t jail.[Read more…]

State Rep. Holly Grange (R-New Hanover) failed to disclose a business owned and operated by her husband on state Statement of Economic Interest (SEI) forms for several years, according to documents reviewed by Policy Watch.

In North Carolina, public officials are required to disclose connections to all non-publicly owned companies by which they or their immediate family members are employed or in which they have an interest.

Grange’s husband, David Grange, registered his “consulting” business Osprey at Compass Pointe LLC with the state Secretary of State’s office in July 2015. Yet the business did not appear on Grange’s SEI form in 2016, when she was first appointed to a state House seat to replace incumbent Rick Catlin. She ran unopposed for the seat in that year’s election. Rep. Grange also did not list the business on her SEI forms in 2017 or 2018. In February 2018, the business was administratively dissolved by the Secretary of State’s office for failure to file an annual report. [Read more…]

The North Carolina General Assembly is back in Raleigh this week and, as noted in this space last Friday, there are some important reasons to be frustrated and concerned about this fact – not the least of which is the refusal of Senate and House leaders to tell the public what the heck is on the agenda.

To make matters even more worrisome, most of the legislative moves rumored to be under consideration – particularly the idea of voting on motions to override extant gubernatorial vetoes – would be sure to give rise more of the partisan divisions and destructive stalemates that have plagued state politics in recent years. [Read more…]

The RDU Airport Authority today delayed a vote on an 8-foot high, 8.3-mile fence that would cut through parts of Umstead Park, after meeting with state parks officials who have serious reservations about the project.

The Authority has proposed building the security fence, which would be topped with three rows of barbed wire.

It would abut parts of the Reedy Creek Multi-Use Trail, bisecting it in two places. The trail  is used by tens of thousands of hikers, cyclists and equestrians every year. The fence’s purpose is to keep trespassers off airport property, which intersects with the park.

Bill Sandifer, the Authority’s chief operating officer, told the board that the airport would be seeking a “compromise” to the fence.

“There’s more conversation to be had,” Sandifer said. “We’re taking a short pause. But the fence isn’t going away. We have needs on that side of the airport.” [Read more…]

The resolution expresses congressional disapproval of the so-called borrower defense rule, which was revised by Education Secretary Betsy DeVos.

Led by Nevada Democratic Rep. Susie Lee, the resolution was approved with support from 225 Democrats and six Republicans. Opposing it were 179 Republicans and one independent.

Claiming bias on the part of the N.C. Department of Information (DIT), attorneys for Istation filed an emergency motion Monday asking for suspension of a hearing to determine whether the state’s K-3 reading assessment contract was awarded properly until a neutral administrative judge could be appointed to hear the case.

Monday was the first day of hearings, which are scheduled to run through Thursday. DIT General Counsel Jonathan Shaw is presiding.

“Unfortunately, the dispute over this procurement has taken a political tone from the moment the contract was lawfully awarded to Istation on June, 7, 2019,” Istation attorneys wrote. “The political dimensions have only intensified through the course of this litigation.” [Read more…]

Will UNC students and faculty ‘vote with their feet’ on the prospect of returning to campus?

Classes start in just over two months, and Eric Muller, a professor in UNC-Chapel Hill’s School of L [...]

Powerful Black leaders across North Carolina in charge of administering justice are speaking out to [...]

A confidential letter delivered to the State Board of Education alleges that the school management f [...]

‘People of color want freedom … from infection, freedom from death’

As President Trump, Attorney General Barr and other conservatives fulminate against voting-by-mail, [...]

It needs to be acknowledged at the very outset of this column that there is, of course, no way that [...]

It has been eight days since Minneapolis resident George Floyd, a Black man, was killed by Derek Cha [...]