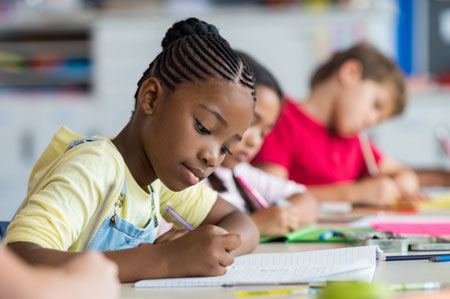 Flush with cash, the state of North Carolina owes its children “nothing less” than a fully funded Leandro Comprehensive Remedial Plan, the Governor’s Commission on Access to a Sound Basic Education unanimously agreed Tuesday.

The commission made its statement in a resolution urging “state bodies, entities, and agencies to take all necessary actions” to implement the plan which  outlines steps the state must take to meet its constitutional obligation to ensure students have access to sound basic education.

“We have a once-in-a-generation opportunity to use our state’s resources to truly transform and strengthen our public schools,” said Gov. Roy Cooper, who attended the early part of the commission’s virtual meeting. “Our state has the resources to live up to our constitutional obligation to our children and now is the time to do it.”  [Read more…] 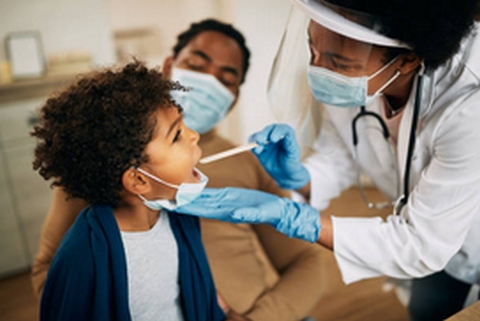 The medical team at Goldsboro Pediatrics sees a steady stream of patients from 8 a.m. to 5:00 or 6:00 in the evening, their appointment schedules swelled by parents seeking COVID-19 tests for their children.

Some children exposed to COVID-19 at school must be quarantined. They need to test negative for COVID-19 to shorten their quarantine from 10 days to seven days if they have no symptoms.

“The poor parents are like, ‘help me out so I can get my kid back into school,’” Horton said in a recent interview. [Read more…] 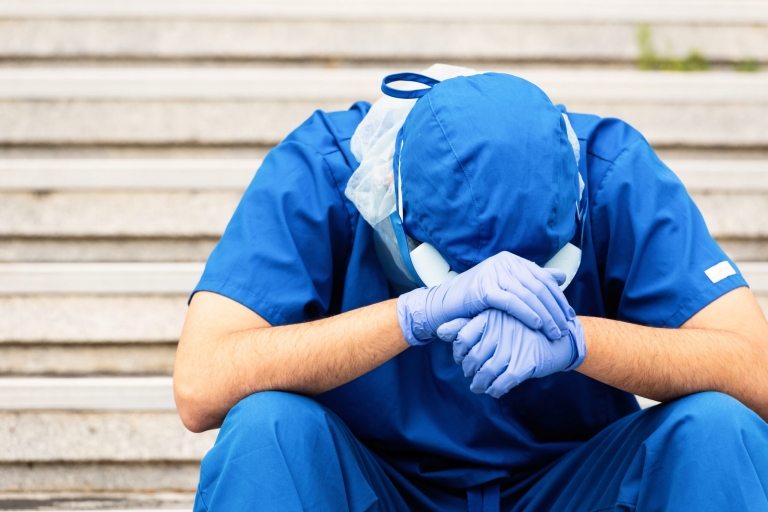 WASHINGTON — Eighteen months into the COVID-19 pandemic, state and local public health departments that were already struggling with too few workers and too little money have been pushed to the brink — and for some, beyond the brink.“My staff is burnt out, overworked and underpaid,” Dr. Mysheika Roberts, health commissioner with the Columbus Public Health Department in Ohio, told U.S. House members on Wednesday. “Some are leaving the field entirely, unable to contribute any more to the work they once loved.”“Simply put,” Roberts added, “their tank is empty.” [Read more…] 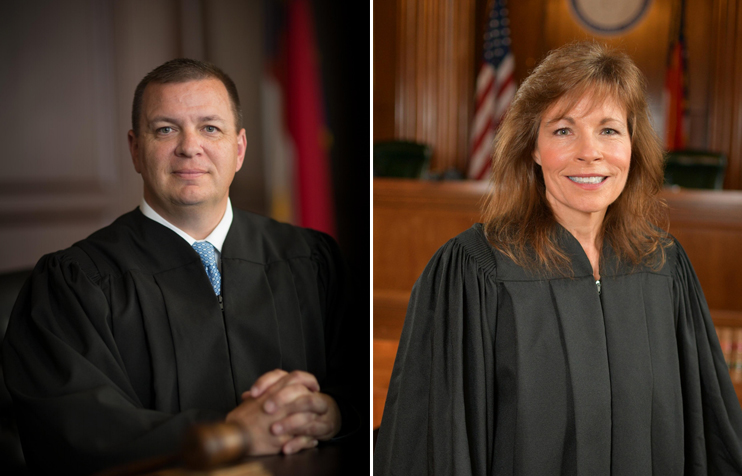 The Supreme Court of North Carolina issued an order Tuesday directing the parties in the case of NAACP v. Moore and Berger to submit new briefs addressing questions surrounding the recusal of justices.

The order, which the court issued on its own motion, comes in a case in which plaintiffs have moved for two members of the court – Justices Phil Berger, Jr. and Tamara Barringer – to voluntarily disqualify (or “recuse”) themselves from participation.

The order asks the parties to address the procedure the court should use in considering a recusal motion and then spells out a series of possible questions, including whether the court “has the authority to require involuntary recusal of a justice who does not believe that self-recusal is appropriate.” [Read more…] 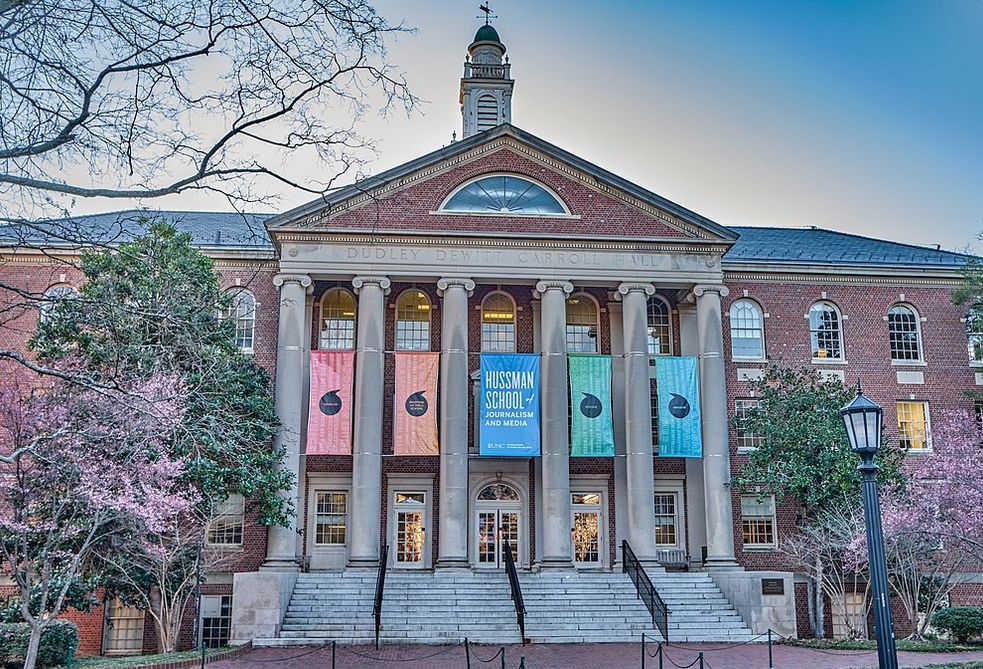 The search committee charged with finding the next dean of UNC-Chapel Hill’s Hussman School of Journalism and Media set out its goals and a rough timeline this week.

The search comes in the wake of this summer’s fight over the school’s failed attempt to hire Pulitzer Prize winning journalist Nikole Hannah-Jones in a tenured position, the political firestorm that ensued and questions about political and donor pressure on the leadership of both the journalism school and the university.

Dean Susan King, who strongly advocated for Hannah-Jones in the dispute, announced in August that she would step down from her position at the end of the year, after a decade leading the school. King had talked about leaving the position before the Hannah-Jones controversy and will continue at the school as a tenured faculty member after she steps down. But the shift in leadership comes at a time when students, faculty members, alumni and the university’s governing bodies are all debating the school’s direction and values. [Read more…] The United States of America will celebrate the 250th anniversary as a free and democratic republic in less than five years on July 4, 2026.

At least that’s the plan.

Amazingly, however, this event appears no longer to be a sure thing. As a growing body of evidence has made clear in recent days, our nation came much closer than most of us had realized to experiencing a right-wing coup d’état in the aftermath of the 2020 presidential election. What’s more, the would-be traitors behind the effort remain on the scene and, by all indications, actively engaged in renewing their efforts.

Meanwhile, the people and organizations with the greatest power to help expose this criminality and stop it – Republican politicians and their allies in national and state conservative think tanks – remain worrisomely muted or even complicit in the scheme. [Read more…] 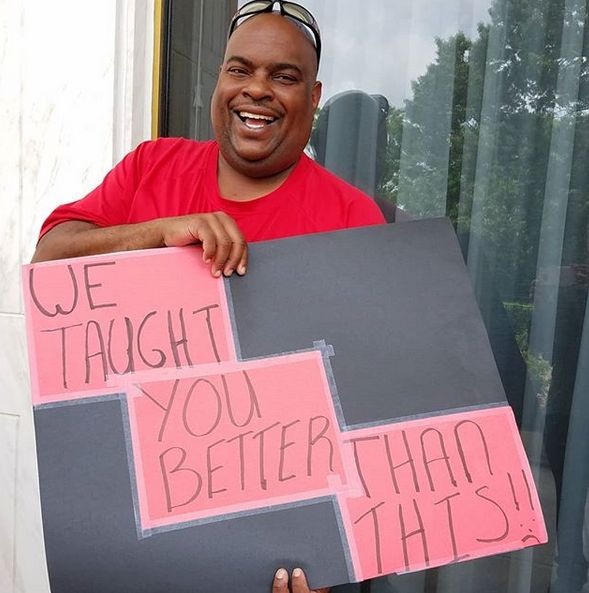 “You can’t make me.” All of us have heard this taunt at some point during our childhood.

“You can’t make me” says so much in four short words. It says, “I have the power, not you.” It says, “your interests are far less important than mine.” It’s a statement that’s selfish and demeans the less powerful.

In June, Judge W. David Lee ordered the state to increase school spending and implement several policy changes; an attempt to reach a conclusion on the 27-year-old Leandro court case. Since five low-wealth districts brought suit against the state in 1994, the courts have consistently found that the state has failed to live up to its constitutional obligation to provide all students with access to a “sound basic education.” Judge Lee’s order is an attempt to finally bring resolution to this ongoing violation of students’ constitutional rights.

The General Assembly’s response: “you can’t make me.” [Read more…]