Somewhere, over the rainbow, tax “reform” is failing

In Kansas, tax reform isn’t exactly playing out the way some lawmakers had hoped.  The state that Grover Norquist once called “the starter gun for tax competition” has passed a series of income tax cuts over the past year with the stated goal of eventually eliminating income taxes altogether in the near future.  This “race to zero” is well underway in several states with conservative governors and legislatures.  Here’s a quick look at how that’s working out so far for Kansas:

A $2.5B budget shortfall

The Kansas Legislative Research Department is projecting a $2.5 billion revenue hole through 2018 because the legislature has yet to figure out an effective way to replace lost revenues as a result of the income tax cuts.

Last month, a state court ruled that the Kansas legislature was breaking the law by underfunding public schools as a result of the income tax cuts, which prompted Moody’s Investors Service to warn of a negative credit risk for the state.

Concerns over the state’s credit rating aren’t the only thing that should give Kansans pause.  By starving public schools and other services critical to economic success, the state is jeopardizing future growth. END_OF_DOCUMENT_TOKEN_TO_BE_REPLACED

VIDEO: WE ARE NC STANDS WITH IMMIGRANTS AT THE GENERAL ASSEMBLY

Today, the NC House Select Committee on Immigration Policy is hearing public comments for the first time.  In past meetings, some members of the committee have indicated an openness to – or desire for – harsher immigration laws in North Carolina, modeled on laws in Arizona and Alabama that have caused great controversy and harmed those states’ economies.

WE ARE NC, an alliance of organizations and individuals working to shift the debate on immigration in our state, held a press conference this morning at the legislature spelling out the dangers of Alabama/Arizona style laws and highlighting the positive role the immigrant community plays in the North Carolina economy.  Watch video of the press conference below: 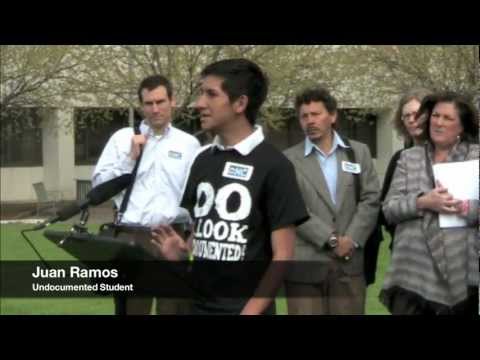