It’s been 56 years since the sit ins in my hometown of Greensboro energized the civil rights movement in the U.S.

Since then, the Civil Rights Act of 1964 made it possible for de facto segregation to stop in places like lunch counters and other public accommodations, banned employment discrimination, and it began the process for equality in the workplace. (Though much remains to be done.) Pictured: The A&T Four Statue in Greensboro commemorating the participants of the first sit-ins at a Woolworth store. Image by Cewatkin. (CC BY-SA 3.0)

Meanwhile, Brown v. Board ended de facto segregation in schools, and the Voting Rights Act of 1965 opened the electoral process to Black and minority voters.

The list goes on for the progress we’ve made as a country toward a better future.

Where are we now?

END_OF_DOCUMENT_TOKEN_TO_BE_REPLACED

With the 2016 election campaign already well underway and early voting for the March 15 North Carolina primary scheduled to commence March 3, Tom Jensen of Public Policy Polling catches us to speed on where things stand and what’s likely to happen both on the state and national level. 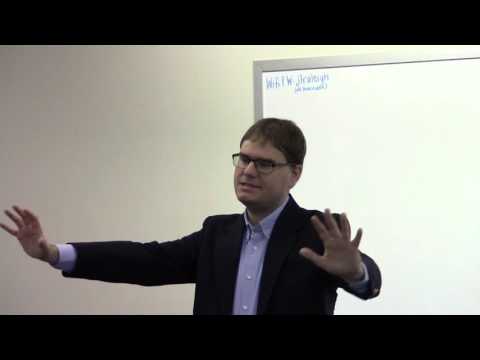 By Ricky Leung
In NC Budget and Tax Center

Tax cuts in North Carolina’s biennium budget will cost the state $841.8 million through June 2017, according to a new report from the N.C. Budget & Tax Center. Gutting these funds would deal a heavy blow to support for programs in areas like early childhood development and public schools.

Check out the full brief here.

Education reporter Lindsay Wagner was kicked out of a North Carolina Business Committee for Education (NCBCE) annual meeting today, a press event listed on McCrory’s public schedule that was sent out to media outlets, including N.C. Policy Watch. When pressed for an explanation, a representative who appears to be from NCBCE — which operates under the Office of the Governor — explicitly said that no one from N.C. Policy Watch was “invited” to this press event.

Just kicked out of a public event by @PatMcCroryNC & escorted by security because no one from @NCPolicyWatch was "invited." #ncga #ncpol

Wagner was at the PNC Arena to cover the governor’s comments to NCBCE during this event.

Wagner had already sat down when a representative approached her with questions about her “credentials.” After hushed discussions among NCBCE representatives, Wagner was escorted out by PNC security with no clarification on the credential issue and was denied a request to speak with someone from the governor’s office.

Listen here for Wagner’s exchange with PNC security and an NCBCE representative.

NCPW reporter @LindsayWagnerNC escorted out a McCrory event by security. Is she some sort of threat???

Disappointed that @PatMcCroryNC 's staff wouldn't even face me to say NCPW blacklisted from his events. Sent PNC security instead. #ncga

This move by the governor’s office left some scratching their heads.

But it wasn’t the first time an N.C. Policy Watch reporter was denied access to a McCrory presser.

At gov's office for press Conf but they won't let me in pic.twitter.com/aPVRTJoCJK

After showing her N.C. Policy Watch staff press credential, McCloskey was told by a communications representative from the Office of the Governor Greg Steele that only Capitol Press Corps members were allowed access. Shortly afterwards, a reporter from the Wall Street Journal, not a member of the Capitol Press Corps, was let in.

Despite numerous attempts seeking clarification of what “credential” is necessary for the media to cover a press event on McCrory’s public schedule, N.C. Policy Watch has yet to hear back from the governor’s office.

Terry Stoops, K12 education researcher for the John Locke Foundation, sums it up quite succinctly.

This has to stop. https://t.co/I34TBqCGpq

I wanted to follow up on your email to Eric about the NCBCE event.

The public schedule clearly lists this event as open to credentialed press. The North Carolina Association of Broadcasters, North Carolina Press Association, Capitol Press Corps or members of a widely-recognized media cooperative such as the Associated Press make the decisions about who should or should not receive credentials. Simply put, we let the press determine who should be identified as credentialed press. For more information about obtaining those credentials, you can contact the organizations listed above or visit: http://www.ncpress.com/nc-capitol-press-corp.

Students from across North Carolina gathered on Halifax Mall outside the General Assembly today under the banner of “One State, One Rate” to advocate tuition equity in higher education for high school graduates with undocumented status. The Adelante Education Coalition led the “Undocugraduation” event as part of their “Let’s Learn NC” statewide campaign. Maria Cortez-Perez, 18, a graduate of Southwest Guilford High School, speak to her peers and reporters on tuition equity for undocumented and DACA students in front of the General Assembly on Wednesday, June 17, 2015. Photo by Ricky Leung / NC Policy Watch

Donned in their graduation caps and gowns, students like Maria Cortez-Perez from Southwest Guilford High School aim to share their personal stories and speak with legislators to push for support of SB 463. Introduced by Sen. Fletcher Hartsell, Jr. (R – Cabarrus, Union), SB 463 would enable undocumented and DACA students like Cortez-Perez to afford higher education through in-state tuition. At least 18 states across the country, including Texas and Utah, currently allow in-state tuition for undocumented students, according to the National Conference of State Legislatures. The Latin American Coalition puts the latest number at 21, 17 through state legislative action and 4 through decisions of individual university systems.

Though graduating with a 4.2 GPA, being a member of various venerable groups such as Beta Club and National Honors Society, and despite having lived in North Carolina for 16 of her 18 years of life, Cortez-Perez, along with hundreds of her peers graduating from high schools in N.C. each year, are unable to afford out-of-state tuition or receive federal and state financial aid. Adelante estimates 42,000 undocumented students to be in N.C. schools.

“North Carolina has already invested in these students through their K-12 education and can benefit from allowing them to contribute to fill the need for a bilingual and educated workforce,” Adelante said in a press statement.

Standing on a stage facing the N.C. General Assembly building, Cortez-Perez spoke of her upbringing, of the accomplishments of herself and her peers, and of the undeterred hope of fulfilling the dream of a higher education and a better future.

“We are not in the shadows anymore,” Cortez-Perez said to a group of her peers and reporters. “People know of our accomplishments.”

As the “Undocugraduation” draws to a close, students pose for a photo and toss their caps in the air before dispersing to speak with legislators to advocate for SB 463, for tuition equity and for their chance to achieve their dreams.