By Andrea Verykoukis
In Uncategorized 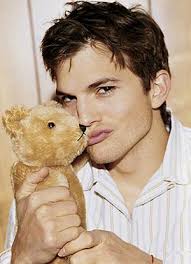 Watch out, North Carolina. I told you we need to hit it if we want Brad and Angie to marry in our fair state. The race just got tighter as a third state now allows gay marriage. That state is, wait for it, IOWA! Yeah, I know, Idiots Out Walking Around. Don’t laugh though, Iowa could soon host the century’s hottest nuptials, all because we couldn’t get it together fast enough to let love carry the day.

Iowa’s Supreme Court, just this morning, unanimously ruled that the state’s law defining marriage as legal only between one man and one woman violated the state’s constitution. Not just that, mind you, the ruling specifies that gays and lesbians must be allowed to marry. In Iowa. Starting in just three short weeks. Iowa just shot way up in my book. No longer known to me simply as the birthplace of Ashton Kutcher, home of an early caucus, and the native state of best friend’s mom (who taught me memorable Iowisms like, “It’s raining like a cow peeing on a flat rock.”), Iowa is now totally happening.

All is not lost for our little backwoods, however, what Iowa has in progressive marital politics, we can surely top with natural beauty and business climate. I’m afraid they’ll take the hog prize, but let’s not let that stop us from winning the Jolie-Pitt business. No cougar chasin’ B-lister needs bragging rights over North Carolina!

States weigh how to shield election officials from threats, harassment

Following the turmoil of the 2020 election, a photo of Washington state Election Director Lori Augino… [...]

With voting rights stalled, some senators mull an update to the Electoral Count Act

WASHINGTON — A bipartisan group of senators is exploring legislation to overhaul how Congress counts Electoral… [...]

Monday numbers: A closer look at the rise in guns found at NC airports

It's been more than 50 years since the iconic slogan "Fly the Friendly Skies" was first… [...]

State judiciary must protect NC from its power-hungry legislature

Among all the issues and challenges confronting North Carolina as 2022 gets under way – overcoming… [...]

Impeachment. Like the snowflakes that flew last week in many parts of North Carolina, that word… [...]