April Graham, a state worker in the NC Department of Correction, on March 31 spoke at the Obama White House regional forum on health care reform in Greensboro. She related how she couldn’t afford the sky-high premiums for family coverage for her kids in the state health plan. She also said she had worked hard for candidates promising health care reform in the last election and now felt like many politicians were doing the opposite of reform. 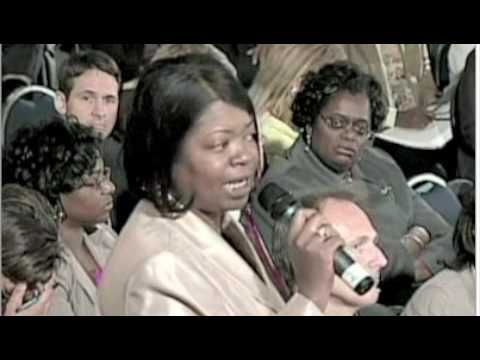