It looks like legislators will wait until after the Memorial Day holiday to take further action on legislation that would extend federal jobless benefits to some 45,000 North Carolinians who lost their benefits in mid-April.

The House Rules Committee voted Wednesday along party lines for a measure that would restore benefits for the long-term jobless workers, but the extension remains tied to the passage of the state budget.

Rep. Paul Luebke, who voted against that measure in committee, says it is simply “illogical” to try to force the Governor to support the state budget by withholding federal benefits for thousands of unemployed workers.

Luebke joins us on News & Views this weekend to discuss the plight of the jobless workers and his push to get Republican legislators to take a second look at two bills (House Bill 879 and 890) that would raise revenue and offset some of the cuts this budget cycle. To hear a preview of our radio interview with the Durham County Democrat, click below.

Meanwhile, House Speaker Thom Tillis tells WRAL if the Governor is already planning to veto their latest compromise (H439), legislators will wait until next week to take it up. 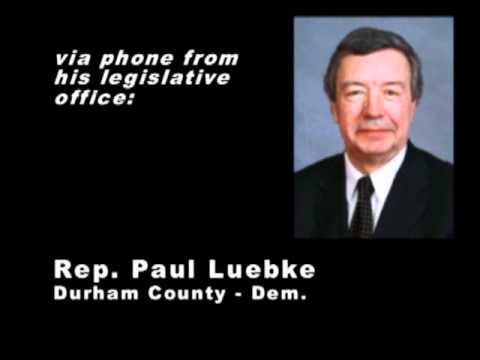