Lunch Links: Hearts, sun, and best of the snowpocalypse! Yes, it’s Valentine’s Day, and people stuck inside these past few days are scrambling. Stores have been closed, and many flower deliveries might be delayed.

Not to worry — today you can dig out and make up for the delay. You’ll be digging deeper into your pocket, though. The Wall Street Journal reports that prices of cocoa are up 9% this year, and flowers are always more expensive on this day. In fact everything — flowers, chocolate, wine, dinner, jewelry — costs more on Valentine’s Day.

And yes, the snow day(s) were fun, though most of us are stir crazy by now.  Thankfully the weather brought us entertainment while stuck inside — plenty of photos and videos of sliding cars, traffic jams and cute puppies in the snow.

Life did go on elsewhere. Comcast announced it’s buying Time-Warner, a judge in Virginia threw out that state’s same-sex marriage ban, the Winter Olympics continued through a heat wave, the Duke – Carolina men’s hoops game was rescheduled, and Beatles fans celebrated the 50th anniversary of the band’s debut in America (well, that was actually a week ago on Feb. 7).

In honor of that, and to bring you into the long weekend, here’s my favorite Beatle, George Harrison and a few friends — Ringo Starr, Elton John, Phil Collins, Eric Clapton — with a message to make you smile. 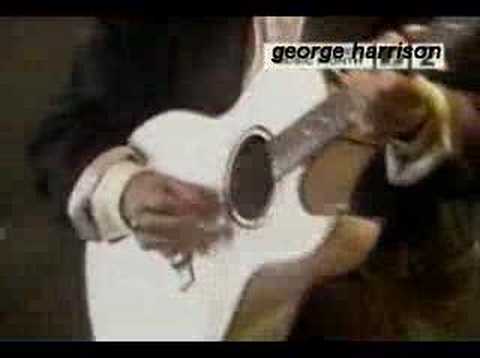