Lunch links: an escape from the daily grind

First, the Charlotte Observer had this intriguing article about claims that a Charlotte hotel representative was able to cut corners obtaining a liquor license.

Also in Charlotte, StudentFirst Academy, a troubled charter school in its first year announced that it will shut down at the end of next week, leaving 300-plus students and their families to quickly find new schools just a few months away from the end of the school year. The school had major financial issues, and state education officials were slated to begin talks about revoking the school’s charter.

I wrote about a similar issue in the fall, when a Kinston charter school suddenly shut its door at the beginning of the school year.

Check out this compelling graphic over at the Atlantic that maps out how segregated the poor are in different parts of the country. Some of the worst segregation, reflected in the dark blues, is clustered in the northeastern part of the nation. Click here for more information about how the data was compiled.

Ever dream of checking out and quitting your job? The New York Times had this quirky video profile about an eccentric roller-blader in California who, it turns out, used to be a neurologist until giving it all up to roller-blade.

Fear not, I’m not just trying to make you watch a video about a California hippie. Like many things in life, there’s a North Carolina connection.  Turns out the doctor-turned-eccentric roller blader John Kitchin grew up on a North Carolina dairy farm. 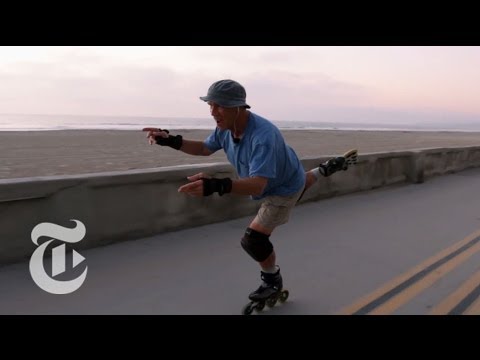