If you’re still scratching your head trying to figure out what was behind last week’s decision by the UNC Board of Governor’s to end its relationship with system President Tom Ross, be sure to read today’s Fitzsimon File where Chris works to unravel the mystery. Here’s an excerpt:

A politically appointed board unexpectedly fires a popular and respected president with no notice or no explanation and nobody even owns up to pushing for him to resign.

The head of the board then insists that it wasn’t politics that prompted the president’s dismissal, and says his age wasn’t a factor either, and then proceeds to talk about the incredible job the president is doing.

There is a conspiracy here all right, a carefully orchestrated plan by right-wing political interests to complete their takeover of the state by firing the head of the university system, a public institution that they have been seeking to dismantle for years.

Read Chris’ full column here, and click below to hear Board Chair John Fennebresque try to explain their decision to part ways with President Ross: 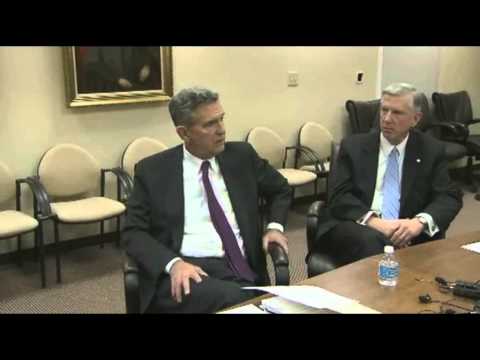