Aldona Wos, a wealthy Greensboro physician stepped down from her position as North Carolina’s Health and Human Services Secretary, the second member of Gov. Pat McCrory’s administration to leave in the last week. McCrory, in tears at times, called her the best secretary the N.C. Department of Health and Human Services has ever had, and pointed out the state’s massive Medicaid program reversed trends of significant cost overruns and ended the year with a $130.7 million surplus.

Wos is the second member of McCrory’s administration to leave this week. N.C. Department of Transportation’s Tony Tata abruptly left last week, citing the need to spend time with his family and consider what next the steps are in his career.

But while Wos, a wealthy Greensboro physician who was a significant fundraiser during McCrory’s 2012 campaign, was heaped with praise Wednesday, her 32-month tenure at the N.C. Department of Health and Human Services was marked with controversy.

The legislature, which is controlled by McCrory’s own Republican Party, has frequently expressed displeasure with DHHS under Wos’ leadership.

She took a $1 a year salary to head the state’s health and human services agency, the largest department in Gov. Pat. McCrory’s administration. A native of Poland, she and her husband, Louis DeJoy, had been generous Republican fundraisers, and she served as a past ambassador to Estonia under President George W. Bush.

The job at the N.C. Department of Health and Human Services was the first time she’d managed a large entity, and, with more than 16,000 employees, DHHS is one of the state’s largest.

She was at the agency’s helm during the rocky launches of two major benefits systems, which left tens of thousands of North Carolinians without access to emergency food assistance and delayed payments for months to Medicaid providers around the state.

In 2013, North Carolinians learned North Carolina was the only state in the nation in the course of the federal government shutdown to suspend issuing WIC vouchers, a federally-funded program that provides breastfeeding help and vouchers for formula and nutritious food for at-risk children.

She also opted to give $85,000 salaries given to two 24-year-old former McCrory campaign workers (one of whom is now working for the N.C. GOP) and a sharp increase in personal services contracts, including $228,000 paid over eight months to an employee of her husband’s company.

A Washington consulting firm, Alvarez and Marshal, has gotten nearly $8 million through a contract to run the state’s Medicaid division, duties that were previously performed by state employees.

Two Medicaid directors came and went under her watch, and questions were raised in 2013 about whether she and one former Medicaid director, Carol Steckel, exaggerated the findings of a critical audit of the Medicaid system to pave the way for privatization. Steckel announced her resignation less than a year after coming to North Carolina, and now works for a managed care company.

Wos’ second Medicaid director, Dr. Robin Cummings, left his post to become the new chancellor this fall at the University of North Carolina at Pembroke.

She and her executive team also turned to personal services contracts for administrators, including $228,000 paid out to Joe Hauck, an executive on leave from a position in her husband’s company New Breed Logistics, and a $312,000 one-year contract with Les Merritt, the former Republican state auditor.

McCrory defended Wos’ performance fiercely, repeatedly telling reporters that he had full confidence in her abilities as she faced criticism for decisions made in her department.

“We’re fortunate to have Dr. Aldona Wos in this job along with my other members of my cabinet,” McCrory said in a 2013 interview with a Raleigh television station. “She’s completely focused on trying to fix a very broken operation that she inherited, and to do that you have to make some short-term decisions.”

Wos’ personnel decisions, and granting of high-dollar personal services contracts, was among the decisions in the more than two years she served as the head of health and human services.

The high salaries included the $85,000 and $87,500 paid to her communications director Ricky Diaz and chief policy advisors Matt McKillip, both 24, which N.C. Policy Watch first reported in August 2013. Both men had received raises of more than $22,000, a month after McCrory issued directives to his agency leaders to freeze all pay raises. McKillip is still with DHHS, while Diaz is now working for the N.C. Republican Party for the 2016 campaign.

To hear Dr. Wos reflect on her time at DHHS and her decision to leave the agency click below: 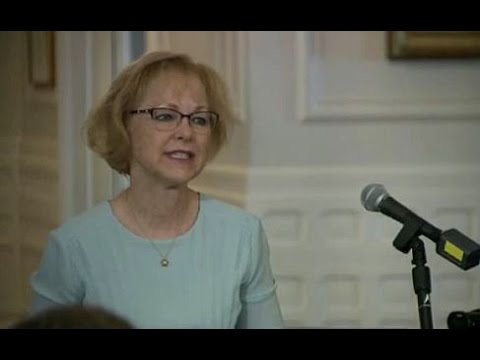