“Today, the legislature had a chance to do the right thing for North Carolina and they failed,” he said.

Charlotte repealed an anti-discrimination ordinance on the promise that the legislature would repeal the sweeping anti-LGBTQ bill. Cooper said at the press conference that brokering the deal was a lot of work, and he knew there were enough Republican and Democrat votes to fully repeal the law.

“What I believe happened was their caucus buckled on them, and they didn’t have the guts to put the bill out on the floor for the votes,” he said. “Whatever they might say, it’s not true.”

Republicans have called HB2 a political stunt driven by Cooper and Charlotte Mayor Jennifer Roberts to rig the election.

Senate President Pro Tem Phil Berger said during the session that Cooper instructed Democrats to vote against the repeal. Cooper said he told Democrats to to stick to the full repeal deal, not the repeal with a cooling off period presented.

“This moratorium idea that sprung up in the last couple hours, it wouldn’t work – it doubles down on discrimination,” he said.

Cooper said the deal was struck with input from stakeholders, including the NCAA, NBA and the business community.

He also said it was disappointing to see such a breach of trust, not just with him, but with Charlotte and the citizens of North Carolina.

“What we’ve got do is somehow start again,” he said. “We have to fix this.”

He said people want to see government work together for the good of the state, and that HB2 would be repealed in the future because “this is not the kind of state we are.”

“This is too important,” Cooper said.

Click below to watch a portion of Governor-elect Cooper’s press conference following the failure of lawmakers to repeal HB2. 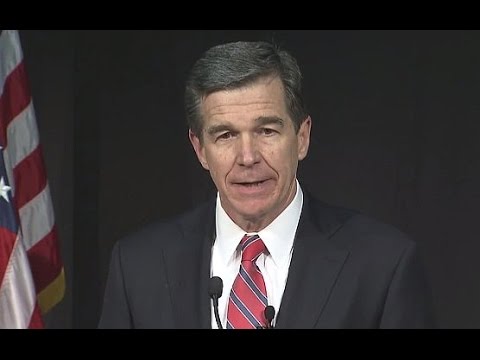