By Clayton Henkel
In Trump Administration

Senators Richard Burr and Thom Tillis are expected to fall in line and support Betsy Devos as the next U.S. Education Secretary when a final vote takes place in the U.S. Senate today.

Both North Carolina Senators have praised the talents that Devos would bring to the table as well as her support of  charter schools and vouchers.

But Democrats have been speaking throughout the night, desperate to find one more Republican to cast a “No” vote and derail the nomination. (Only Republican Sens. Susan Collins of Maine and Lisa Murkowski of Alaska have indicated they will oppose DeVos. )

Senator Elizabeth Warren delivered one of the strongest takedowns of DeVos on Monday, also faulting Republicans for ramming Trump’s nominee through at all costs.

Many media outlets believe today’s noon-time vote could be a 50-50 tie with Vice President Mike Pence casting the deciding vote in Devos’ favor. 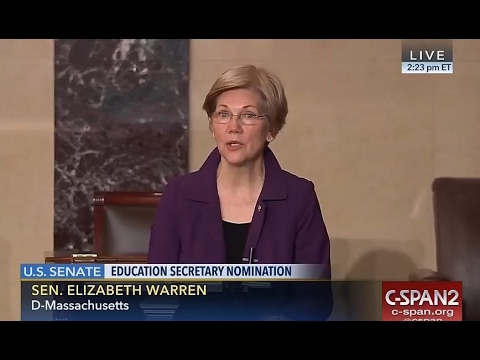