The 2011 North Carolina legislative maps are among the largest racial gerrymanders ever encountered by a federal court, and the state could have held a special election under new voting districts, but GOP lawmakers lied about needing more time to draw them, according to documents from deceased mapmaker Tom Hofeller.

It turns out the maps had been drawn all along and the “public” process the legislature put on at the time was a sham.

“In July 2017, legislative defendants convinced the federal district court in [North Carolina v.] Covington not to order special elections under new remedial maps in 2017, based on legislative defendants’ repeated statements that they had not yet started drawing new districts at all and needed sufficient time to develop criteria, draft the plans, and receive public input,” states a court motion filed Thursday in Wake County Superior Court. “The Hofeller files reveal that Dr. Hofeller had in fact already substantially completed drawing the 2017 plans in June 2017 before legislative defendants stated the process had even begun and a month and a half before the adopted criteria were even introduced and adopted.” [Read more…]

2. “Gerrymander” is much too polite a word for what Trump and the GOP are trying to do

Unfortunately, while it’s certainly positive that lots of Americans now understand what gerrymandering is and that it’s to be combated, there’s a downside to the current widespread use of the term: it’s much too polite a word to describe what the Trump administration and its Republican Party allies are trying to do to our democracy.

Think about it for a moment. The word “gerrymander” – which traces back to the machinations of a 19th Century Massachusetts politician named Elbridge Gerry who concocted a Boston-area district that supposedly resembled a salamander – is a quaint, whimsical and almost comical term. It conjures up images of gamesmanship and “good ol’ boy” politicians nudging and winking at each other as they maneuver for incremental and temporary advantages over their rivals – rivals who would no doubt employ similar tactics if and when they got the opportunity. [Read more…]

Many cases have been on the books without resolution for decades

The North Carolina Administrative Office of the Courts (AOC) has been quietly facilitating the dismissals of hundreds of thousands of criminal charges and infractions across the state for the past two years as part of a data clean-up effort.

Each of the cases dismissed had been pending for years – some for decades – without prosecution, preventing thousands of people from getting a driver’s license and sometimes resulting in orders of arrests, often of individuals already living in poverty.

The end result of the mass dismissals is judicial efficiency, increased public safety and a human impact that can’t be measured. There have been more than 700,000 total cases dismissed thus far by 50 counties as part of the effort, called the Data Integrity Initiative. The AOC has not released information on how many charges in each of the jurisdictions was dismissed.[Read more…]

4. Advocates hope changes in Durham are a bellwether for bail reform in NC

Serena Sebring and Kayla Hartsfield were arrested last month after chaining themselves to the gates outside the Durham County Detention Center.

The two women, activists with Southerners On New Ground (SONG), were trying to bring attention to a cash bail system they say has utterly failed. Studies show the current system disproportionately jails minorities, the poor and those accused of non-violent crimes while failing to effectively assure that defendants make their court dates in higher numbers than those who are offered alternatives to cash bail.

“We have a lot to learn from other cities and states that have just decided, ‘We’re not going to do this system of ransom that money bail has become’,” Sebring said. “They’ve replaced it with a wide variety of things like ‘cite and release’ programs and other ways of supporting people in making that first court appearance that are more effective.” [Read more…]

The board’s approval of the other 10 applications paved the way for them to open in 2020.

But applications submitted for Wake Preparatory Academy and North Raleigh Charter Academy were referred back to the state Charter School Advisory Board (CSAB), which had recommended approval of all 12 applications.

CSAB is expected to review the WCPSS concerns when it meets Monday. [Read more...]

6. Governor’s veto of “born-alive” bill is sustained despite passionate pleas to mix religion and policy

Senator Joyce Krawiec (R-Davie), the primary sponsor of the bill, as well as House Speaker Tim Moore (R-Cleveland), repeatedly stated that the bill was “not about abortion.”

“Today’s bill we are discussing is when a child is born alive,” said Speaker Moore at a press conference he held before the vote, “and what the standard of care is for that child at that time.” [Read more…] ===

7. A eulogy: For the abortion bill whose supporters dared not speak its name 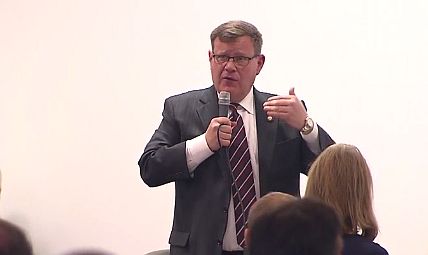 Sometime in the latter hours of debate over an abortion bill that North Carolina Republicans insisted was not about abortion – even as the words “abortion” and “abortion victims” were uttered some fourteen-thousand times Wednesday – Speaker Tim Moore descended from his perch at the forefront of the state House chamber to debate.

It’s not unheard of for the Speaker, who presides over the House, to leave his post and enter the fray, but even Moore acknowledged this may be the first time he’s parried Democrats directly over abortion, an issue, he gently, paternalistically, reminded us is fraught with emotions. [Read more…]

As demonstrators continued to take to the streets ...

Will UNC students and faculty ‘vote with their feet’ on the prospect of returning to campus?

Classes start in just over two months, and Eric Muller, a professor in UNC-Chapel Hill’s School of L [...]

Powerful Black leaders across North Carolina in charge of administering justice are speaking out to [...]

A confidential letter delivered to the State Board of Education alleges that the school management f [...]

‘People of color want freedom … from infection, freedom from death’

As President Trump, Attorney General Barr and other conservatives fulminate against voting-by-mail, [...]

It needs to be acknowledged at the very outset of this column that there is, of course, no way that [...]

It has been eight days since Minneapolis resident George Floyd, a Black man, was killed by Derek Cha [...]