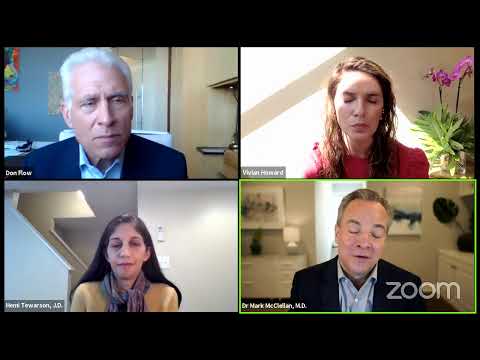 Five members of the NC Council on Health Care Coverage who were among those representing rural interests in the group asserted this week that some form of Medicaid expansion is “the fix that will provide insurance options for those in the coverage gap and that will benefit rural economies.”

Their statement came as the nearly 40-member Council tied a bow on the guiding principles it hopes the legislature will use to get more North Carolinians insured. Those principles look beyond Medicaid expansion to other ways to get more people insured and to improve access to medical care.

Gov. Roy Cooper, a Democrat, created the Council late last year after he failed in his first term to get the Republican-led legislature to agree to a form of Medicaid expansion. The Council represented a range of interests and views.  Members included some of the staunchest expansion opponents in the legislature along with Medicaid expansion’s strongest supporters, local elected officials, large and small business owners, the CEO of Blue Cross Blue Shield of NC, the head of the NC Chamber, and others.

North Carolina tied with Arizona at 41st in a state ranking of uninsured residents.

The group met under the auspices of the Margolis Center for Health Policy at Duke University.

The principles the group produced is a long list that starts with “maximize health care coverage,” and includes an array of approaches may be required, such as association health plans for small businesses, allowing new mothers to keep their Medicaid coverage longer than the current 60-day post-birth cut off, allowing low-income parents to keep their Medicaid coverage if their children are placed in foster care, Medicaid expansion, and tax credits for employers.

A bill moving through the Senate would allow low-income parents who need court-ordered mental health or substance abuse treatment and whose children have been placed in foster care to keep their Medicaid coverage.

“There is no other single policy solution that the legislature can enact that will bring this level of funding to our local economies, help small businesses, stabilize our health care system, and offer quality insurance coverage options for the people of North Carolina. The pandemic has further highlighted the need for better access to whole-person care for all ages in all corners of our state.,” their statement said.

Medicaid expansion would allow hundreds of thousands of residents to get health insurance, with the federal government paying most of the costs. Senate Republicans have objected, saying that costs to the state could balloon.

Two members of the Council, celebrity chef Vivian Howard of Kinston and Don Flow, founder and CEO of Flow Automotive Companies, said in a media briefing Thursday that members with differing opinions had to find common ground.

Howard said she thought all business owners would be in the group, and that everyone would want Medicaid expansion.

“I thought we would all be on the same side,” she said. However, members represented diverse viewpoints and professional backgrounds.

“We all wanted something a little different,” she said. “It was a very grown-up conversation. I was proud of everyone.”

North Carolina could be a model for incorporating “a wider range of possibilities” toward the goal of getting more people insured, Flow said.

The options “may allow us to effectively break out of the log-jam we’ve been in and do something really distinctive and unique in North Carolina,” he said.