Wake County sought the death penalty for a man with severe mental illness; only a pandemic stopped it

By Kristin Collins
In Commentary

A bipartisan group of North Carolina legislators introduced a bill this week to prohibit the death penalty for people with severe mental illness.

Wake County prosecutors knew that Kendrick Gregory had severe mental illness when they decided to try him capitally. In the eight months before the crime, he’d been hospitalized at least 20 times for mental illness. He checked himself into emergency rooms over and over, reporting symptoms of psychosis. On some occasions, he said he heard voices telling him to hurt himself.

In the five years that they sought to try him for the death penalty, his mental illness became only more apparent. In jail, he was diagnosed with schizophrenia and twice found incompetent to stand trial. He was often unkempt and was unable to help his attorneys prepare his defense.

Instead of accepting that Mr. Gregory was simply too mentally ill to be tried capitally, Wake County prosecutors asked the judge to forcibly medicate him — an attempt to “restore” him to competency so they could ask a jury to kill him.

This kind of case is exactly the reason that Ohio recently made history by becoming the first state to ban the death penalty for people with severe mental illness, a law that will protect vulnerable people and save millions a year on costly capital trials. The Constitution says the death penalty is to be reserved for the most culpable defendants and the most calculated murders, but too often it’s used instead against vulnerable and marginalized people like Mr. Gregory, who are poor, Black, and suffering from diminished mental capacity.

It is both immoral and unconstitutional to execute people who cannot understand or regulate their actions. For exactly those reasons, federal and state laws bar the death penalty for people with intellectual disabilities and children. There is no rational reason for executing people who committed crimes while in the grips of psychosis or whose mental illness prevents them from understanding the consequences of their actions.

Yet, in North Carolina, this remains an accepted practice. Guy LeGrande, who has been on death row since 1996, was allowed to represent himself at his murder trial while so delusional that he believed he was God and that Oprah and other celebrities were sending him messages through the television. His illness was on full display as he told the jury “you will worship me and proclaim me lord and master.” They promptly sentenced him to death, and he remains on death row today.

If not for a global pandemic, Mr. Gregory might have joined Mr. LeGrande on death row. The pandemic delayed Mr. Gregory’s trial set for April of 2020. And on May 4, 2021, facing courtroom backlogs and a mountain of evidence of Mr. Gregory’s mental illness, Wake County District Attorney Lorrin Freeman finally agreed not to seek the death penalty in his case. However, Wake prosecutors are still arguing to try him for a maximum penalty of life without parole, despite clear evidence that he is too mentally ill to stand trial and should be hospitalized.

Records showed that the last time Mr. Gregory went to the emergency room, he said he had a gun at home and planned to kill himself. Doctors asked a court to involuntarily commit him. But when they failed to find an open spot in a psychiatric hospital, they changed their diagnosis and allowed him to go home. A few weeks later, he was arrested for the murder of a Raleigh pawn shop owner, along with a series of other crimes on the same day.

North Carolina should end the death penalty altogether. But at the very least, we should pass laws ensuring that people with severe mental illness will not be sentenced to death.

Kristin Collins is the Associate Director of Public Information at the Center for Death Penalty Litigation. This post appeared originally on the blog of the NC Coalition for Alternatives to the Death Penalty.

Watch a short film about mental illness and the death penalty: 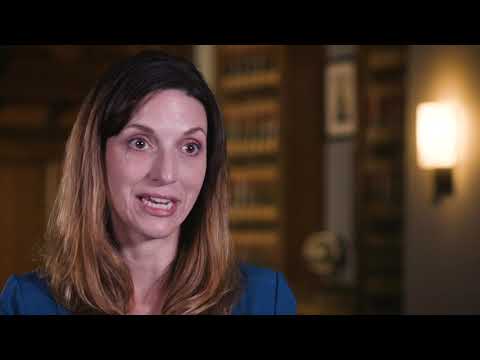