The United States has already experienced hundreds of mass shootings this year that have claimed thousands of lives. At least nine people died yesterday in another one at a San Jose, California transit facility.

And of course, no other advanced nation in the world suffers close to this kind of carnage or allows its citizenry to walk the streets armed to the teeth with such a dizzying array of modern killing machines.

It’s a moment that desperately cries out yet again for sane regulation — registration, licensing, training — of the kinds we use to limit highway deaths. Unfortunately, despite the actual corruption-driven financial bankruptcy that has beset the architect of so much of the killing that plagues the nation (the NRA), many of the group’s members and defenders continue to display moral and intellectual bankruptcy in debating the topic of America’s gun violence epidemic.

Take North Carolina Lt. Gov. Mark Robinson, for example. In a fundraising/membership recruitment video for the NRA posted last week, Robinson said that efforts to rein in violence and death by enacting gun safety regulations are, in effect, the modern equivalent of Jim Crow and represent an effort rooted in racism that seeks to leave people of color “disarmed and defenseless.”

Not surprisingly, it’s a video that’s filled with all the standard right-wing tropes you’d find in any Trump ad: ominous music, unflattering photos of Nancy Pelosi and Michael Bloomberg, and claims that supporters of gun safety regulation want to target people of color  “living in cities that are run by socialist dogma and overrun with crime and poverty.”

According to Robinson, ‘The dirty little secret that these out-of-touch politicians don’t want you to know is that, while bigots were working with the Klan to take guns away from Black Americans, the NRA was fighting to arm them. The Second Amendment doesn’t care about your skin color.”

It is, in short, precisely the kind of nonsense we’ve come to expect from the Lt. Governor — a man who continues to embarrass himself and our state. Here’s the video: 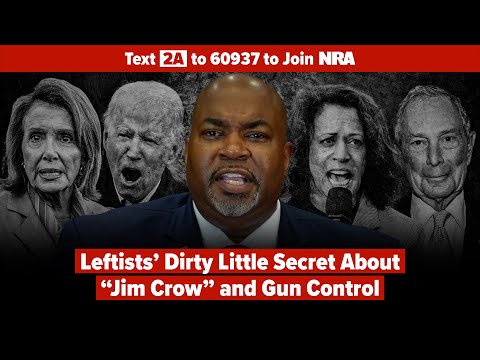