From a Clear and Present Danger, to the latest on Leandro, to having your say on redistricting: The week’s top stories on Policy Watch

1. Clear and present danger: Former Army missile plant has polluted a Black, Latino neighborhood in Burlington for more than 30 years 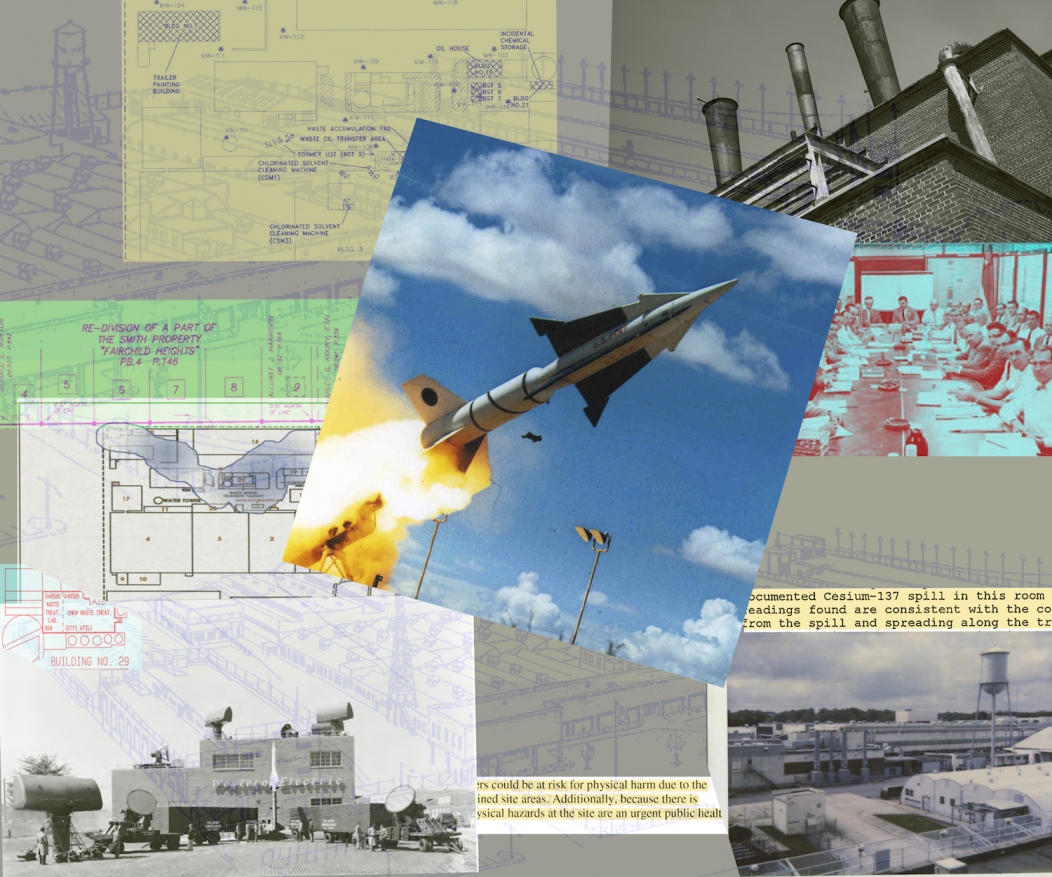 This is the first of a two-part story about hazardous contamination at a former missile plant in Burlington that is threatening a predominantly Black and Latinx neighborhood. Part 2 runs tomorrow. You can also read this story as a pdf file and view the source documents, which are linked within the text.

Tattooed in ivy, bound in chain-link fence, Building 16 casts an ominous three-story shadow over several homes along Hilton Road. The window blinds are torn, as if it were sleeping with one eye open.

This relic of the Cold War is among two dozen buildings sprawled across the 22-acre Tarheel Army Missile Plant in East Burlington. Here, in the 1950s and ’60s, Western Electric conducted top-secret research on behalf of the military.

That research, developing sophisticated guidance systems for Nike missiles, required workers to handle hazardous chemicals. Over time, those chemicals spilled and seeped and leaked. They were poured down sinks and dumped into storm drains.

Fifty years since the military mothballed the Nike missile program, the plant, once a source of civic pride for the city, is now a toxic disgrace. [Read more…] 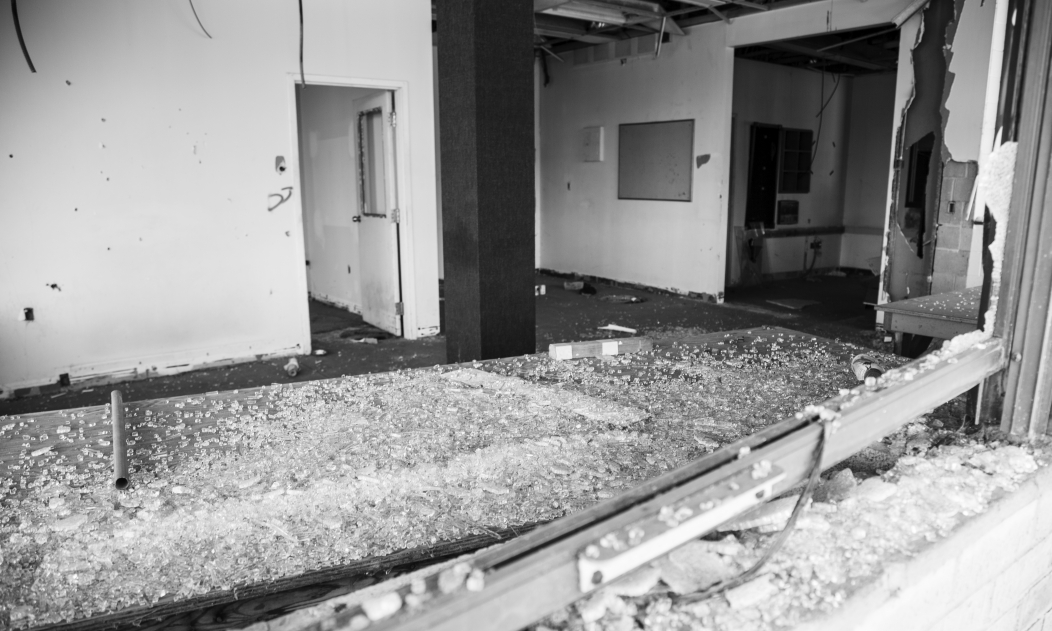 Private owners neglect the contaminated property, posing an environmental threat to a Black and Latinx neighborhood

This is the second of a two-part story about hazardous contamination at a former missile plant in Burlington that is threatening a predominantly Black and Latinx neighborhood.

Inside Building 1A of the former Tarheel Army Missile Plant, a metal pipe rested on a table amid crumbs of broken glass. Many of the windows had been broken, so with no more effort than a step over the threshold, the entire contaminant 22-acre site was open for skateboarding, playing paintball, even homesteading.

This was the scene in early May. From the outside, little had changed from last November, when city, state and Army officials, as well as the current property owner, David Tsui, visited the plant in preparation for the next phase of the cleanup. [Read more…]

Death and tragedy were front and center in the news again last week.

In Winston-Salem, a high school student was shot and killed by another child. Only a few hours later, tragedy was mercifully avoided at a Raleigh high school when two guns were taken from a student who had brought them to campus. A day after that, another Winston-Salem child – this one just 2 years old – died when a gun was discharged in his grandmother’s home.

Meanwhile, in hospitals across North Carolina and the nation, intensive care units were packed to the rafters with desperately ill and dying COVID-19 patients – the overwhelming majority of whom did not avail themselves of free and widely available vaccines. The pandemic death toll in North Carolina alone inched closer to 15,000.

What do these three seemingly disparate tragedies have in common? [Read more...]

Governor Roy Cooper said Thursday there is increasing urgency for everyone ages 12 and older to get vaccinated as soon as possible.

That is the highest percentage since the pandemic began.

“The numbers aren’t good, especially the number of people in the hospital and dying,” Cooper said.

In the past 24 hours, the coronavirus has claimed 110 lives with North Carolina recording 15,004 deaths from COVID-19 since the pandemic began.

By far, the most people hospitalized right now by COVID are unvaccinated.[Read more…]

Superior Court Judge David Lee has given state lawmakers “one more last chance” to meet their constitutional obligation to provide students in North Carolina with a sound basic education before he takes action to force their hand.

Lee, the judge overseeing the state’s long-running Leandro school funding case, made his remarks Wednesday during a court hearing with lawyers for the defendants and plaintiffs.

He gave lawmakers until Oct. 15 to fully fund a school improvement plan that calls for $5.6 billion in new K-12 funding by 2028. An Oct. 18 hearing has been set to discuss the next steps if an agreement has not been reached to fully fund the plan. [Read more…] 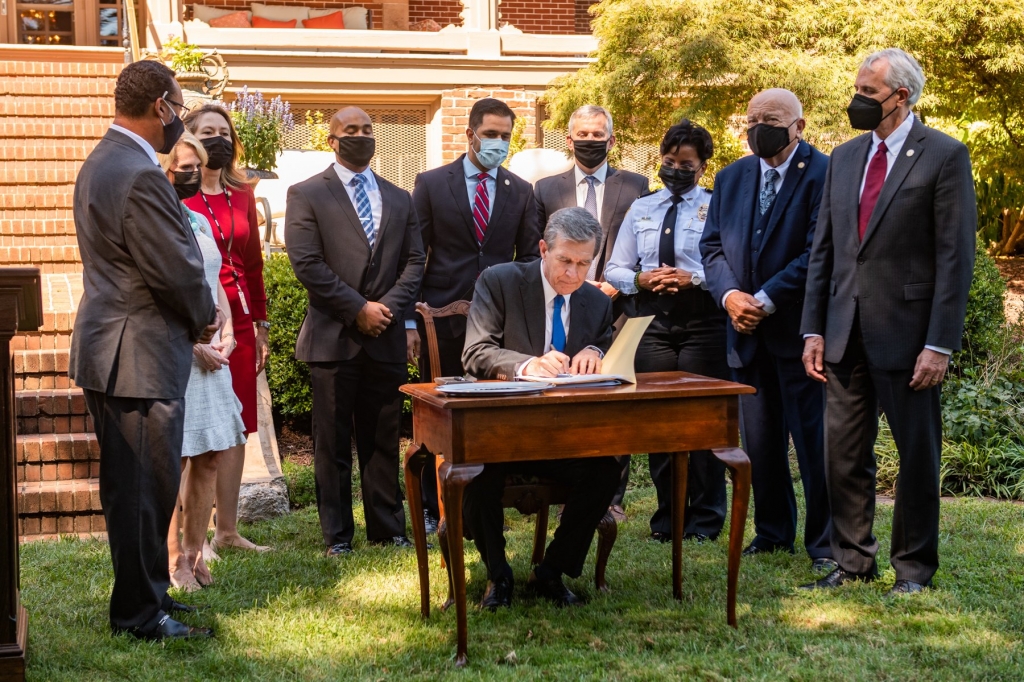 The bill, originally sponsored by Republicans with input from Democrats, gained bipartisan support – though not universal acclaim.

A press release from Cooper’s office touted the fact that the bill included provisions recommended by the Task Force for Racial Equity in Criminal Justice that the Governor established in June of 2020:

“Senate Bill 300 makes important changes to improve policing and criminal justice in North Carolina, as recommended by TREC, including:

The bill also won praise from law enforcement officials. In a press release, the North Carolina Sheriffs’ Association applauded the sponsors of the bill for soliciting and considering the input of the organization.[Read more…]

Lawmakers will travel to 13 locations throughout the state to host public hearings on redistricting, which will redefine the boundaries of congressional and legislative districts for up to a decade to come, including a new, 14th congressional district. However, it appears that members of the public will not be able to participate and provide comments online.

The 13 meetings will take place at these locations:

States weigh how to shield election officials from threats, harassment

Following the turmoil of the 2020 election, a photo of Washington state Election Director Lori Augino… [...]

With voting rights stalled, some senators mull an update to the Electoral Count Act

WASHINGTON — A bipartisan group of senators is exploring legislation to overhaul how Congress counts Electoral… [...]

Monday numbers: A closer look at the rise in guns found at NC airports

It's been more than 50 years since the iconic slogan "Fly the Friendly Skies" was first… [...]

State judiciary must protect NC from its power-hungry legislature

Among all the issues and challenges confronting North Carolina as 2022 gets under way – overcoming… [...]

Impeachment. Like the snowflakes that flew last week in many parts of North Carolina, that word… [...]