From a $1.7 billion court-order for NC’s schools to the GOP’s maps for a less diverse legislature, it’s the week’s top stories on Policy Watch

The judge overseeing the state’s long-running school funding case on Wednesday ordered lawmakers to take $1.7 billion from North Carolina’s $6 billion or more savings account to pay for the next two years of a comprehensive public-school improvement plan.

Superior Court Judge David Lee said the state’s children can no longer wait to receive the sound basic education the state’s Constitution guarantees. The court, he said, has waited 17 years for the General Assembly to meet the constitutional mandate.

“The court’s deference is at an end at this point,” Lee said. [Read more…]

More than a half dozen of North Carolina’s Black legislators are in danger of losing their seats, as Republican legislators decided not to draw election districts to comply with the federal Voting Rights Act as legislatures had in the past.

Republican map-makers said they did not use data on race or partisanship in drawing the maps to avoid getting them overturned in court as racial or political gerrymanders. They refused Democrats’ requests for a study of racially-polarized voting.

Voting rights groups have sued over the decision to not draw Voting Rights Act districts, which are intended to give Black voters the opportunity to elect the candidates of their choice. [Read more...] 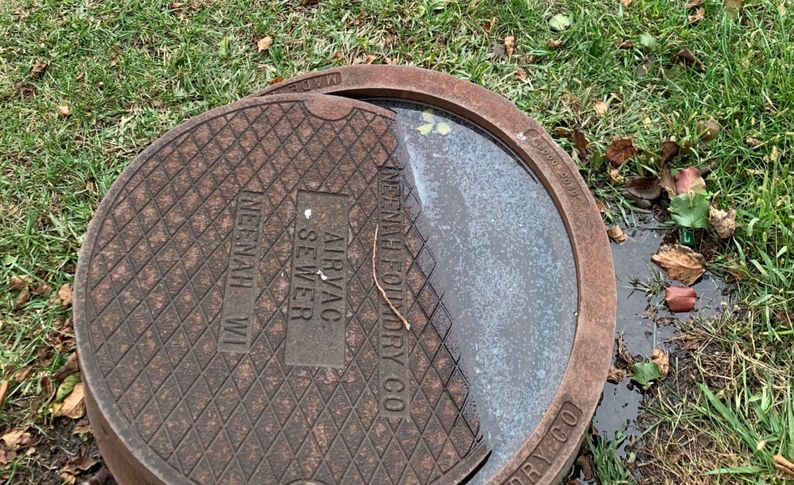 This past Halloween the streets of the Eagle Creek Subdivision in Moyock, in Currituck County, teemed with trick-or-treaters, their buckets and bags filled with candy.

“People were saying, ‘What’s that smell?’” Stephanie Harlow an Eagle Creek resident, told Policy Watch. “‘It smells like a zoo.’”

The stench was wafting from raw sewage that had ponded in the roadside ditches, also known as swales. Eagle Creek’s sewage system, an intricate maze of pumps and pipes and pits, had failed for the fourth consecutive day, funneling sewage into people’s toilets and showers. To keep their homes from becoming cesspools, owners had no choice but to open their clean out valves and allow the sewage to escape.

“On Halloween night people were peeing in their yards because they couldn’t flush their toilets,” another neighbor said. [Read more…] 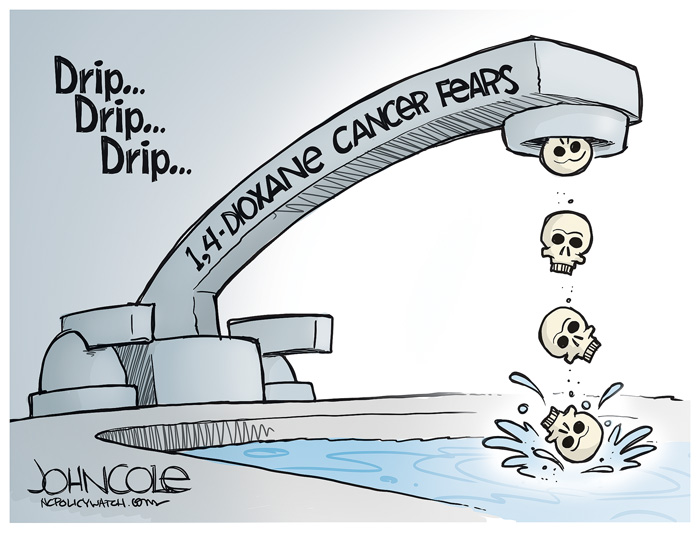 Greensboro’s wastewater treatment plant illegally discharged high levels of the likely carcinogen 1,4-Dioxane into the Haw River, the drinking water supply for the Town of Pittsboro and other downstream communities along the Cape Fear River.

Adam Pickett, Pittsboro’s public utilities director, confirmed to Policy Watch that there had been a discharge. Emails obtained by Policy Watch show that the discharge occurred on Nov. 3, and Greensboro notified downstream communities, including Pittsboro, on Nov. 8. The amount of 1,4-Dioxane in the original discharge was 767 parts per billion; that’s more than 2,100 times the EPA’s and the state’s health advisory goal for surface water. [Read more…]

5. More than 24,000 NC children have been vaccinated against COVID

Health and Human Services Sec. Mandy Cohen shares the story of her own daughters getting vaccinated against COVID-19.

“Having a safe vaccine to protect my daughters against COVID-19 is a huge relief.”

North Carolina Health and Human Services Secretary Mandy Cohen says like many anxious and COVID-weary parents in our state, she wasted little time last weekend in getting her children the newly approved Pfizer vaccine for children ages 5 to 11.

“Like most kids, my daughters don’t like shots. But we talked as a family about the reasons it was important to protect them from COVID, just like we protect them from flu and other childhood illnesses like chickenpox.” [Read more…]

It’s been almost 90 years since humorist Will Rogers uttered his famous lament: “I am not a member of any organized political party. I am a Democrat.” Sadly, for that party and, no doubt, quite amusingly for those otherwise affiliated, the observation would still hold were Rogers alive today.

The Democratic Party’s “big tent” may be a darn site smaller today than it was even a half-century ago when it made room for civil rights and anti-war activists, big city union hardhats, and southern segregationists, but make no mistake, 21st Century party leaders must still attempt to herd an extremely unwieldy assemblage of cats.

And seldom has this difficult reality been on sharper display than during the first nine and-a-half months of the Biden presidency – a time in which the nation’s new leader has sought to respond to a long and hugely daunting list of unprecedented global and national crises, all while his party has clung to congressional majorities that have constantly wobbled between razor thin and nonexistent.

Remind yourself for a moment of the scale and scope of the challenges Biden faced when he took office in January and the limited and inadequate collection of tools that were at his disposal to tackle them. [Read more…]

7. Teacher diversity: Experts tell State Board of Ed that NC can and should do better 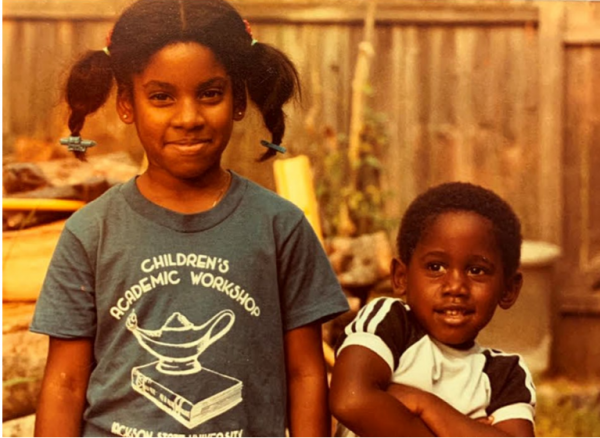 Stacey McAdoo always knew that she was gifted. The 2019 Arkansas Teacher of the Year’s mother had been telling her so her whole life.

But McAdoo’s talents were either ignored or overlooked by teachers in her Little Rock, Ark., schools.

That changed in seventh grade when she was assigned to her first Black teacher, Mrs. Anderson. The year was 1988.

“Despite being above grade level in most subjects, I was never officially flagged as a GT [gifted and talented] student until her,” McAdoo told attendees of the State Board of Education’s biannual retreat. McAdoo was the featured speaker for a session focusing on state and national models to encourage more people to go into teaching and to diversify the teaching workforce.

Being flagged as gifted and talented was bittersweet for McAdoo. She was quickly moved to an advanced English class, leaving behind the first Black teacher she’d had. After that, McAdoo said she only had a handful of Black teachers. [Read more….]

WASHINGTON—Federal officials on Tuesday offered details about how money from the recently passed bipartisan infrastructure bill would be spent, emphasizing the pending law’s potential to add clean energy capacity.

Department of Transportation officials highlighted the $1.2 trillion bill’s record funding for public transit like buses and subways, as well as for Amtrak. They framed the commitments as a way to bring greater equity to disadvantaged communities and address climate change.

Energy officials said the money to be doled out by that agency will create jobs while delivering cleaner electricity to more Americans.

“With the investments from the bipartisan infrastructure deal,” Energy Secretary Jennifer Granholm said, “we’re going to finally begin building an energy system that’s fit for the 21st century, with innovations that allow us to lead a global clean energy market.” [Read more...]

How paid leave, a tax cut for the rich and more could get axed from Biden’s social policy bill

WASHINGTON — Congressional Democrats cheered on the floor of the U.S. House after approving President Joe… [...]

Monday numbers: A closer look at efforts to help NC renters and landlords during the pandemic

With the legislative session winding down, members of the Joint Legislative Commission on Governmental Operations turned… [...]

Black pastors flock to courthouse from across the country as prosecutor pokes at credibility of man… [...]

In the face of sustained legislative neglect, it’s up to the courts to rescue North Carolina’s public schools

In the rough and tumble realm of politics, it can be a hard call as to… [...]

You’d think, at some point, the folks who lead the North Carolina Republican Party might experience… [...]

What they are thankful for…

In defending Paul Gosar, Republicans show just how scared they are

Veteran journalist and one-time Republican laments the extremism that's overtaken his former party What does it… [...]