By John L. Micek
In Commentary 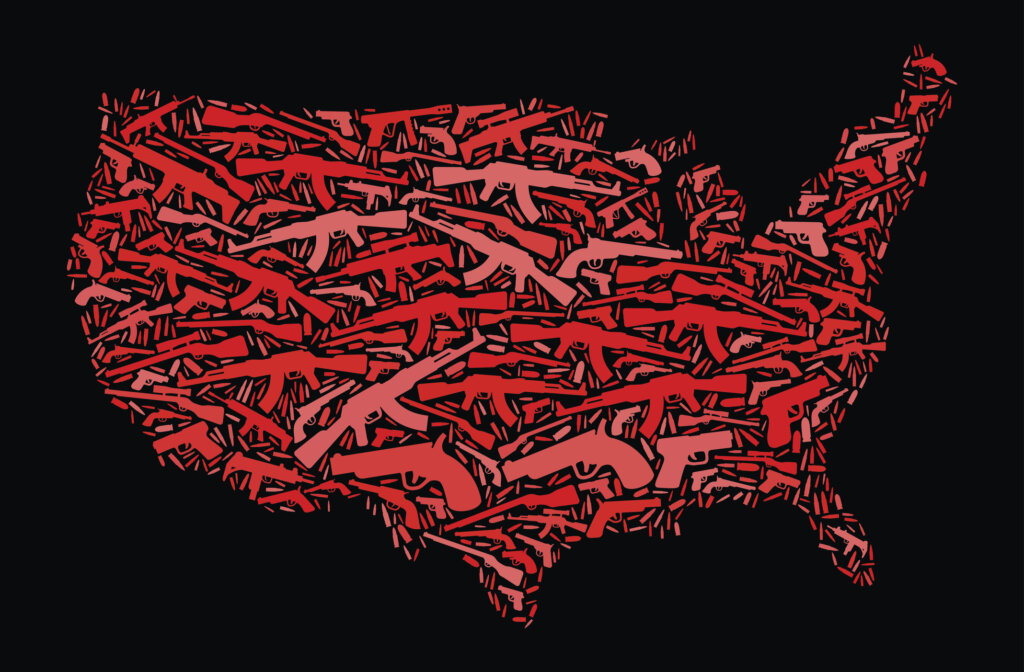 Lawmakers who refuse to act should be required to personally explain their inaction to the families of the dead. It is hard to see any other way for that cold-hearted resistance to crumble

Families in Michigan will set an empty place at the table this holiday season in the wake of the mass shooting at Oxford High School in southeast Michigan that left four children dead and seven more injured.

The deaths at Oxford this week came a little more than two weeks before the ninth anniversary of the Dec. 14, 2012 mass shooting at Sandy Hook Elementary School in Newtown, Conn., that left 20 children dead, and officially marked the start of our national acceptance of sacrificing innocents on the false altar of gun rights.

After every one of these shootings, we ask ourselves: How could this happen again? When the actual question we should be asking ourselves is why doesn’t this happen with more horrifying frequency than it already does? And it is our national shame that we have become as accepting of it as we have.

And after a lull during the pandemic, school shootings are once again on the rise, the New York Times reported, citing reporting by Education Week. There have been 28 school shootings resulting in injury and death so far this year, with 20 reported since Aug. 1.

*The teenaged shooter in the Michigan case, his name won’t be printed here, has been charged as an adult on multiple counts that include terrorism and first-degree murder. On Friday, prosecutors charged the accused shooter’s parents with involuntary manslaughter, alleging they were criminally negligent, “and contributed to a dangerous situation that resulted in the deaths” of the four teens, CNN reported. The accused shooter’s father bought the weapon allegedly used in the rampage on Black Friday, according to published reports.

It may be some time before we know how the 15-year-old accused shooter obtained the 9mm Sig Sauer SP2022 semi-automatic his father purchased on Black Friday, as the Post observed.

It may take equally as long to learn why he allegedly went on a homicidal spree that saw him shoot people “at close range, oftentimes toward the head or chest,” Oakland County Sheriff Michael Bouchard told CNN’s New Day program, according to The Guardian.

But as a trio of public health experts wrote earlier this week, gun sales have shot up during the pandemic, often landing in homes with teenage children. Combine that prevalence with lax storage practices, and it creates the perfect storm of circumstances under which these tragedies can unfold.

“One clear action that parents can take to help reduce the likelihood of future tragic school shootings and to keep their teens safe is to ensure any firearms present in the home are secured safely, locked up and unloaded, and out of reach of teens,” Patrick Carter and Marc A. Zimmerman, of the University of Michigan, and Rebeccah Sokol, of Detroit-based Wayne State University, wrote in an analysis this week published by The Conversation.

Making sure that happens requires both legislative action and increased vigilance by gun owners.

That lax security is fueling both an epidemic of gun thefts and the tragic shattering of lives that comes from unintentional shootings, deaths by suicide, and school shootings. According to the Giffords Law Center, between 70 percent and 90 percent of all guns used in those tragic circumstances “are acquired from the home or the homes of relatives or friends.”

Fifty-three percent of Americans said they favor stricter gun laws, according to the Pew Research Center, with broad partisan agreement on such policies as preventing those with mental illness from purchasing a gun. Majorities in both parties also oppose allowing people to carry concealed firearms without a permit, according to Pew.

On Thursday, Pennsylvania Gov. Tom Wolf wisely vetoed a bill that would have allowed most people to carry a concealed weapon without a permit.

In Michigan this week, the young people impacted by these shootings said they’d grown tired of the “thoughts and prayers” inevitably offered in the wake of the tragedies, and expected real action from policymakers.

“We don’t have a moment to wait for action,” Megan Dombrowski, a Wayne State University political science student who founder a campus chapter of the anti-gun violence group Students Demand Action, told the Michigan Advance.

These moments for action have come and gone after every mass shooting, from Parkland and Sandy Hook to Pulse and Virginia Tech, America has grown appallingly numb to the needless and avoidable deaths of its young people

Lawmakers who refuse to act should be required to personally explain their inaction to the families of the dead. It is hard to see any other way for that cold-hearted resistance to crumble.

John L. Micek is the editor-in-chief of the Pennsylvania Capital-Star which first published this essay.