Raises in the state budget that fail to materialize, a controversial school has its license yanked, and toxic PFAS in our pine needles: The week’s top stories at Policy Watch 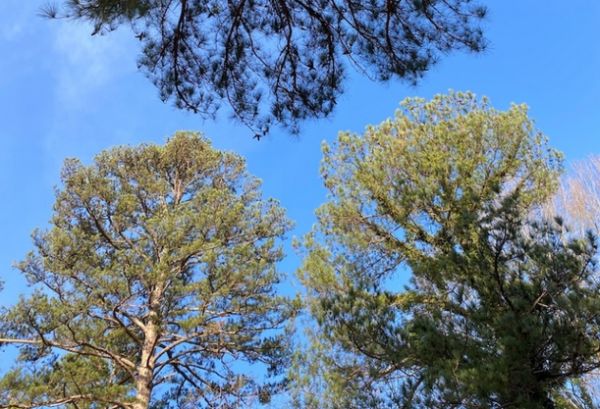 Scientists at NC State University have detected more than 70 types of toxic PFAS in pine needles, including extremely high levels of several compounds in needles collected near Raleigh-Durham International Airport.

The findings, and others detailed in a recent study, could help scientists “fingerprint” the compounds and trace them over time to their original sources.

Since the needles have a waxy coating whose function is to protect the tree, pollutants, such as PFAS, can accumulate in them. This can occur either through the air or in uptake through the soil.[Read more...]

2. Before the fire, Weaver Fertilizer plant was storing more than 4.5 million pounds of chemicals onsite

Before a massive blaze erupted at the Weaver Fertilizer plant in late January, it was storing more than 2,000 tons — roughly 4.5 million pounds — of chemicals every day at its facility in Winston-Salem, according to the company’s most recent chemical inventory filed with state emergency  management officials.

Weaver Fertilizer didn’t submit a chemical inventory to the state in 2020, in violation of federal reporting law. The deadline for the 2021 report was March 1.

The recent inventory shows that on a typical day in 2021 the plant had an average of 30 tons of ammonium nitrate on hand, with a daily maximum of 60 tons. However, just a month into 2022, when the fire erupted on Jan. 31, Winston-Salem Fire Chief Trey Mayo publicly announced that nearly 600 tons of ammonium nitrate had ignited; that’s 10 to 20 times greater than amounts listed in the report.[Read more…]

3. The message Americans need to hear at a critical moment in history (and that too many are unwilling to receive) (Commentary)

In the aftermath of the terrorist attacks of Sept. 11, 2001, then-President George W. Bush famously prescribed a somewhat surprising course of action for Americans looking to do their part to combat the dark forces behind the terror: consumerism.

Rather than lifting up concepts like shared sacrifice, self-reflection, or God forbid, slightly higher taxes to pay for the multi-trillion-dollar war he was about to launch, Bush told Americans to “Get on board. Do your business around the country. Fly and enjoy America’s great destination spots. Get down to Disney World in Florida. Take your families and enjoy life the way we want it to be enjoyed.”

Now, in fairness, a big part of what Bush was trying to do was to prevent a potentially paralyzing panic that threatened the U.S. economy in the wake of the attacks, but it’s also true that he never seized the golden opportunity that presented itself to build on the groundswell of solidarity Americans were experiencing to unite the nation in common purpose. [Read more…]

4. Raises for in-home care workers included in state budget turn out to be just a recommendation 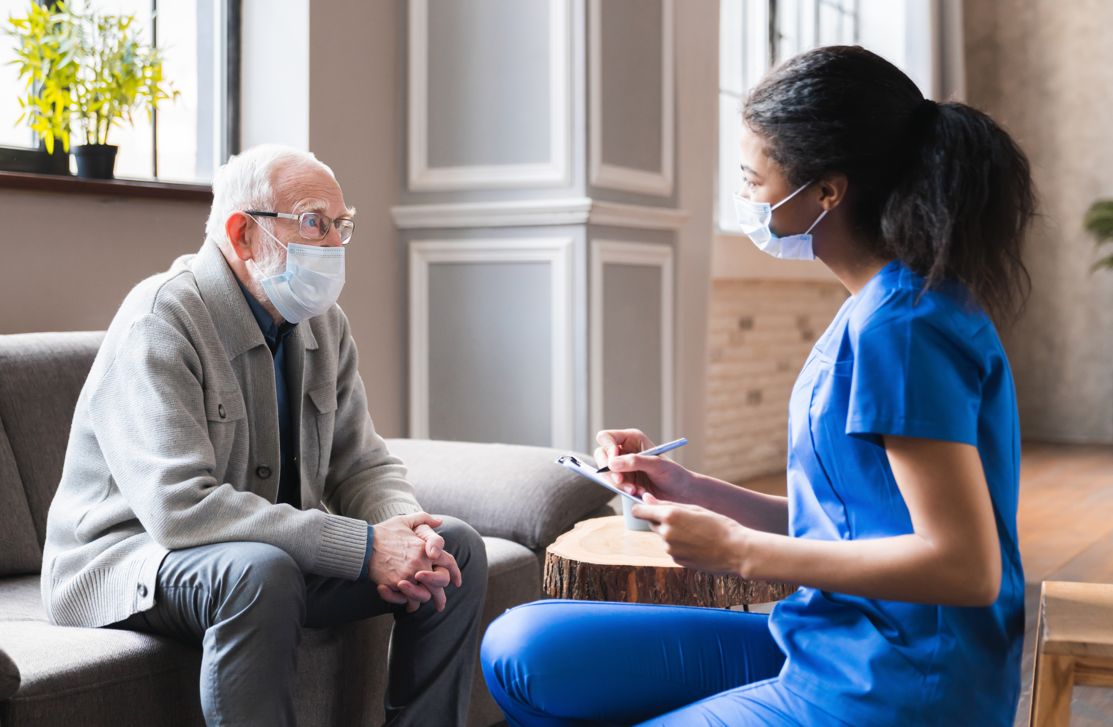 In the state budget passed last fall, North Carolina lawmakers said they included raises for workers who provide direct care for the elderly or people with disabilities who live at home. The budget says that the rate increase is to “assist” in getting workers to $15 an hour.

As it turns out those workers won’t get enough punch out of the budget provision to hit that $15 hourly minimum any time soon. Companies aren’t required to use the money — part of Medicaid rate increases — on worker raises. Federal pandemic-era rate increases are expiring, so whatever funds do get passed along to direct-care workers won’t be enough to pay them a living wage. The median wage for home health care workers was $10.74 an hour in 2020, according to the Bureau of Labor Statistics.

Dave Richard, deputy secretary for Medicaid at the state Department of Health and Human Services, called the budget’s Medicaid rate increases “an important first step,” but it will take more than a year to raise pay for in-home direct care workers to the $15 an hour minimum. [Read more…]

5. State Board of Education agrees to terminate Torchlight Academy’s charter

After an exhaustive, months-long investigation into management failures at Torchlight Academy, the State Board of Education (SBE) on Thursday voted to terminate its charter agreement with the troubled Raleigh charter school.

The decision could leave the parents and guardians of 600 students in grades K-8 scrambling to find new schools in the fall. Many of Torchlight’s students live in Wake and surrounding counties.

Torchlight’s board of directors can appeal the state board’s decision. It was unclear Thursday whether the school’s board plans to do so.  Stephon Bowens, the board’s attorney, did not return Policy Watch’s phone call before this story was published.[Read more…] 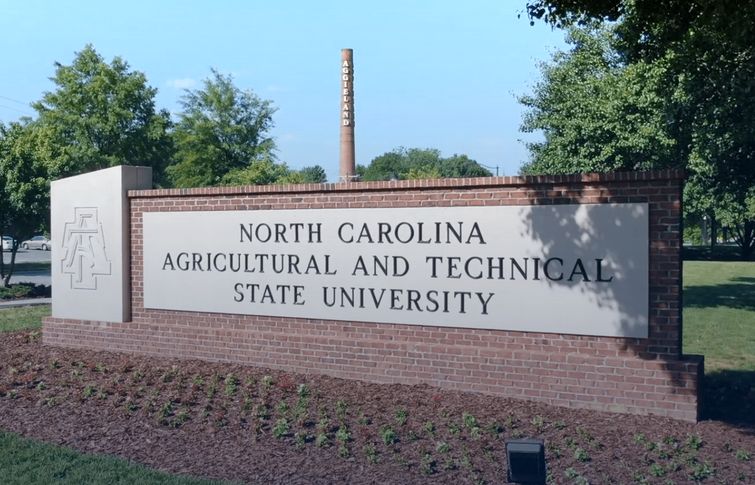 The schools have lobbied for this change; each would benefit for different reasons. The cap increase is also a testament to the appeal of the system’s HBCUs and their special place within it.

To ensure qualified North Carolinians can receive the greatest benefit from UNC System schools, out-of-state admissions at most campuses are currently capped at 18%. [Read more…]

All of North Carolina’s schoolchildren were negatively impacted by pandemic-related school disruptions, according to a new state report released on Wednesday.

The N.C. Department of Public Instruction (NCDPI) report showed that “learning progress” slowed across all grades and subjects due to COVID-19 disruptions.

Michael Maher, executive director of the NCDPI Office of Learning Recovery and Acceleration, said learning disruptions could not have been prevented.

“This is not on the backs of teachers, principals, superintendents,” Maher said. “There is nothing any of them could have done in the height of the pandemic to change these results. We need to be clear about what we’re looking at here.” [Read more….]

Bonus read: A closer (and sobering) look at NC’s response to the mental health needs of the state’s children

8. State Board of Education members have concerns about who gets a seat on new parent advisory panel

Parents of children in traditional public schools should be guaranteed a larger share of the seats on a new statewide parent advisory group, State Board of Education (SBE) members said Thursday.

Only 33% of seats are guaranteed to parents of traditional public school students even though those students are 78% of North Carolina’s schoolchildren. The advisory group will include charter school parents, private school parents and those who homeschool.[Read more…] 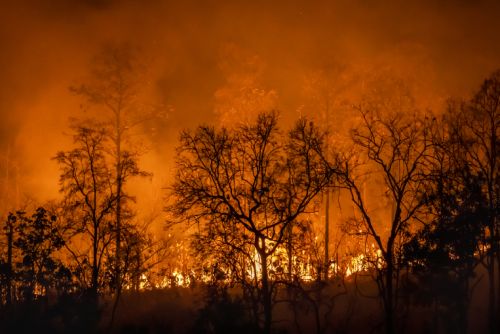 The report is 3,600 pages, but its message is concise — and grim: Drastically reduce global greenhouse gas emissions now or face the collapse of ecosystems and even human societies. And not in the future, but now.

Climate change is threatening the world’s food systems, including those in North America, afflicting crops, livestock and fisheries, according to a report released by the Intergovernmental Panel on Climate Change today. Extreme weather — storms, droughts, heat waves — induced by climate change has “altered ecosystems all around the world, causing mass mortality of plants and animals … resulting the first climate-given extinctions.”

The IPCC is the United Nations body for assessing the science related to climate change.

The document is the second of three that are part of the 2022 assessment. The first dealt with the science of climate change. The second, released today, focuses on its affects — current and projected — on humans and ecosystems. A third report is due out later this year. [Read more…]

The decision of the University of North Carolina-Chapel Hill’s alumni magazine not to publish a story about controversies involving matters of race, tenure and free speech, has prompted many people within and outside the university to wonder whether university pressure played a part in the story’s demise.

The magazine, which is independent of the university, has a reputation for tackling the big controversies faced by the university as well as highlighting its achievements and that of its more than 350,000 living alumni. As one of the biggest UNC controversies in years unfolded — UNC-Chapel Hill’s botched hiring of acclaimed journalist Nikole Hannah-Jones — the publication seemed ready to tackle the issue. But with the retirement of its long-time editor, the magazine quietly suspended work on the story, leaving it in limbo for months, before ultimately deciding not to publish it at all. [Read more…]

State budget has plenty of surprises, including lots of earmarks and lower raises than state employees wanted

Developing a state spending plan in secret, North Carolina Republicans used most of the state’s water… [...]