A “sweeping and disturbing” UNC-Chapel Hill investigation, NC nurse practitioners seek autonomy, and history is made on the nation’s highest court: The week’s top stories on Policy Watch

By NCPW Staff
In Commentary, News

1. Hampered by opposition from doctors‘ groups, nurse practitioners want to change state law to give them more freedom to treat patients 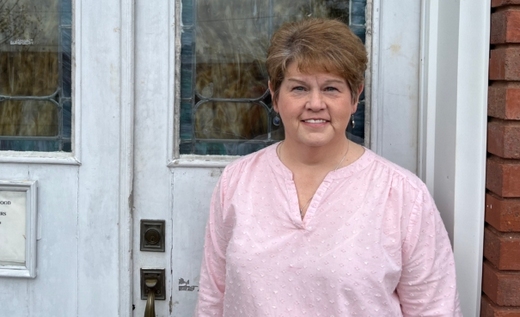 Cindy Cross was diagnosed with breast cancer about 15 years ago and found compassionate medical care when she first visited Michelle Taylor Skipper’s office in Laurinburg.

Cross has been a patient of Skipper’s ever since, and her two adult daughters see her, too. In Skipper, Cross has found a trusted medical provider who goes out of her way to answer questions during unhurried appointments. “She’s a phenomenal doctor,” Cross said. “I would rather go to her than anyone.”

Skipper has a doctorate degree in nursing practice. An advanced practice registered nurse, she diagnoses and treats patients in Laurinburg one day a week. She also directs the Doctor of Nursing Practice program at East Carolina University in Greenville.

But there are limits to what Skipper can do. [Read more…]

A UNC-Chapel Hill investigation of its own faculty was much wider and deeper than previously disclosed, according to new documents released under state open records law .

Documents released last week show the probe went beyond reading faculty members’ emails to searching backup systems on their computers. It may have included as many as 22 separate faculty members. 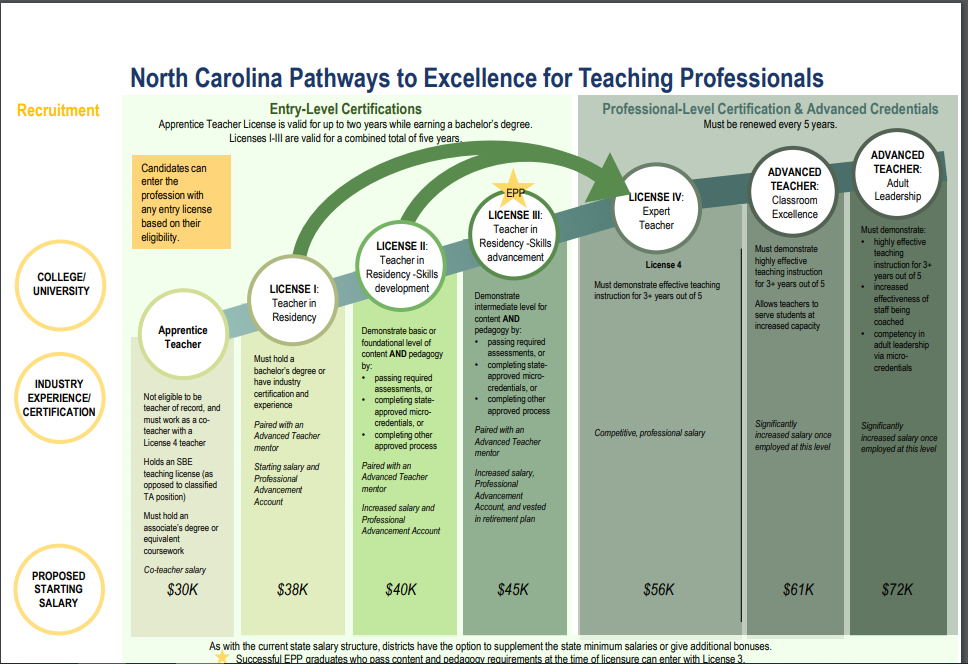 Despite assurances from DPI officials, some teachers worry that the plan would devalue classroom experience in favor of test scores and student surveys

A new compensation and licensure proposal that rewards “competency and skill” has some state teachers worried that “classroom experience would no longer be valued in North Carolina,” State Board of Education member Jill Camnitz said Wednesday.

Based on emails she has received, Camnitz said some teachers are concerned that the state would shift to a system of “merit pay.”

State board members began receiving emails about the “draft” proposal soon after its release by the Professional Educator Preparation and Standards Commission. The state board directed the commission to analyze the state’s teacher licensure and compensation models and to make recommendations for improvement.

The proposal establishes a pay range largely based on teacher effectiveness and responsibilities. [Read more…]

4. UNC Board of Governors raises cap on out-of-state admissions at UNC System HBCUs

More out-of-state students will soon be able to attend historically black colleges and universities (HBCUs) in the UNC System.

On Thursday the UNC System Board of Governors voted to raise the caps on out-of-state admissions  at three of the system’s five HBCUS – North Carolina A&T, North Carolina Central University and Elizabeth City State University.

As Policy Watch has reported, the universities have lobbied for this change and each would benefit for different reasons. The cap increase is also a testament to the appeal of the system’s HBCUs and their special place within it.[Read more…]

As the dire worldwide climate emergency makes ever clearer, humans have much urgent work to do when it comes to dramatically reducing fossil fuel emissions. Even with rapid and ambitious action, the effects of global warming will  worsen in the decades ahead and the best-case scenarios will be largely about minimizing harm.

That said, the situation would likely be measurably worse today if it were not for the actions of one very important state: California. Thanks to the more stringent air pollution standards adopted and enforced over the last half century in California (a huge state and car market that’s home to roughly one of every eight Americans), auto manufacturers have been forced to improve emissions technology on the vehicles they sell across the nation. This is a trend that we can only hope continues. [Read more…]

6. Renewables company could transform how millions of tons of hog waste are managed in NC 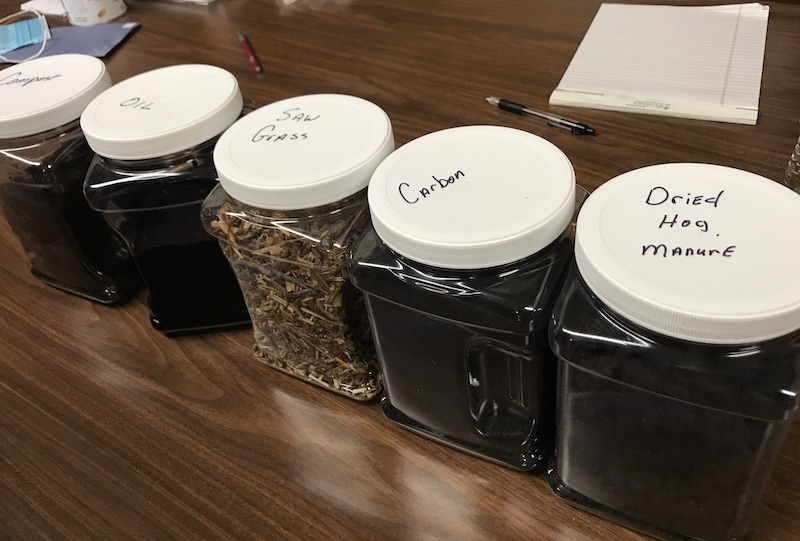 Montauk Ag Renewable has test site in Duplin County and plans to operate plant in Sampson County, but will it work?

Outside a large steel barn in Magnolia, Martin Redeker scooped loads of dried hog waste, composted with carbon, onto a snow shovel for anyone to take a deep whiff.

Not of acrid ammonia or sulfur, but faintly like dirt.

For the past five years at a test site in Duplin County, Redeker and his business partner, Joe Carroll of Montauk Ag Renewables, have been tinkering with a new technology to process the millions of tons of hog waste produced each year in North Carolina. [Read more…]

WASHINGTON — Ketanji Brown Jackson will make history by becoming the first Black woman to sit on the U.S. Supreme Court, after Democratic and Republican senators voted Thursday to confirm her to the lifetime appointment.

The 53-47 vote comes just six weeks after President Joe Biden announced his nomination of Jackson from the White House, fulfilling a promise he first made on the campaign trail.[Read more…]

North Carolina U.S. Senator Thom Tillis (R-NC) said Monday while Ketanji Brown Jackson was the ‘realization of the American dream’ he would oppose her historic nomination to the U.S. Supreme Court.

“This is not about the content of her character. This has to do with future decisions where I believe, and I hope that I am proven wrong, that Justice Jackson may go in a direction that runs counter to much of what we have talked about today,” explained Tillis.

Tillis’ remarks came as the Judiciary Committee deadlocked on sending the nomination to the Senate floor.

Sen. Cory Booker (D-NJ) said throughout the confirmation process he has heard from women, especially highly qualified Black women, who have had to deal with the same level of disrespect Judge Jackson has endured. [Read more…]