Top stories: A scathing report on the UNC System, two charters in hot water, water quality violations that result in one of the largest civil penalties ever, and organized retail crime on the rise

The 38 page report, released Thursday by the American Association of University Professors, chronicles what the group says is excessive political interference, threats to academic freedom and systemic racism throughout the 17-campus system. It is the product of a special committee’s interviews with more than 50 faculty members, current and former administrators and trustees and members of the system-wide Racial Equity Task Force. The report includes quotes from many of those interviewed, though they are not identified by name.

The report is the first step in a process that could lead the national organization to sanction the system for violation of the group’s governing standards.[Read more…] 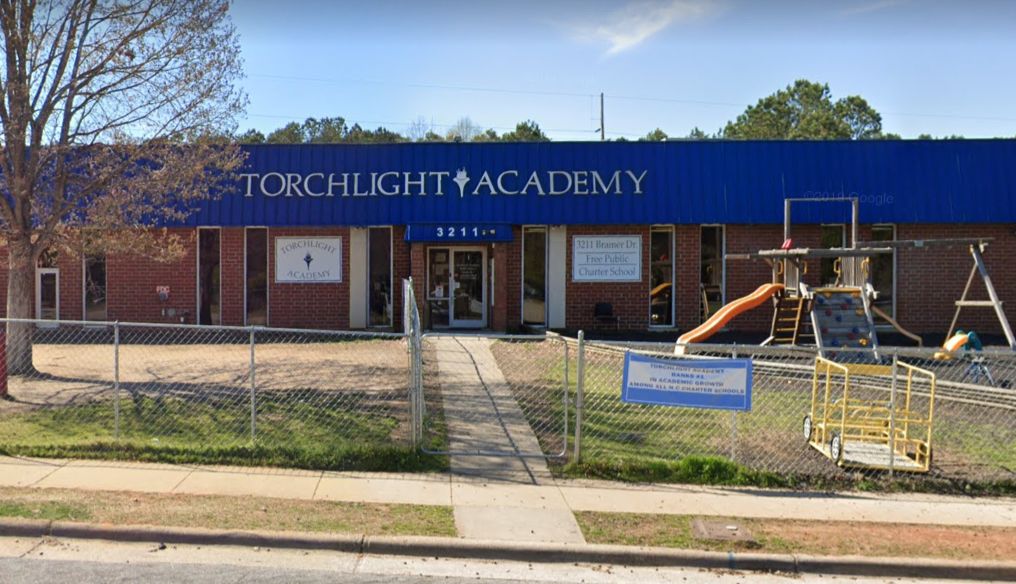 A State Board of Education panel agreed Wednesday to recommend that Torchlight Academy in Raleigh close for good on June 30.

Members of the state board’s Education Innovation and Charter Schools Committee (EICS) decision followed an impassioned push by Torchlight leaders to keep the K-8 school of roughly 550 students from closing.

The state board voted in March to revoke the school’s charter after numerous financial and governance shortcomings surfaced during an N. C. Department of Public Instruction investigation. Most issues stemmed from the school’s relationship with Raleigh businessman Don McQueen and his education management organization (EMO), Torchlight Academy Schools LLC. The school’s board of directors has also been criticized for poor oversight. [Read more…]

The Office of the State Auditor found that Bridges Academy in Wilkes County falsified student enrollment records, misused charter school money to support a preschool and failed to submit required tax forms in 2019.

State Auditor Beth Wood released the audit of the K-8 school on Wednesday. The school relinquished its charter last summer amid allegations of financial irregularities and what its own board of directors described as “insurmountable financial challenges.” [Read more…]

4. Present day controversies are front and center at legislative hearing on the future of public education 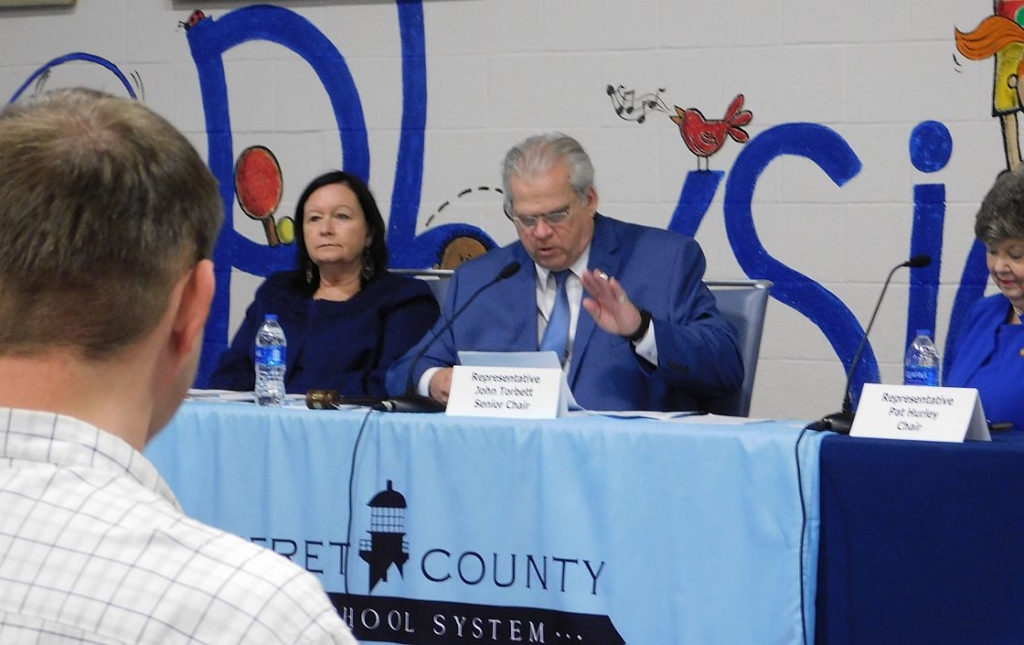 Torbett made his remarks in Carteret County during a public meeting of the House Select Committee on an Education System for North Carolina’s Future. It was the committee’s fourth session to receive public comment on how to “reinvent” public education.

The Leandro case began more than a quarter-century ago after five rural school districts in low-wealth counties sued the state, arguing they couldn’t raise the tax revenue needed to provide students with a quality education.[Read more…]

5. For ‘egregious’ violations that damaged mountain streams, DEQ fines Bottomley Properties more than $268,000, one of the agency’s largest penalties 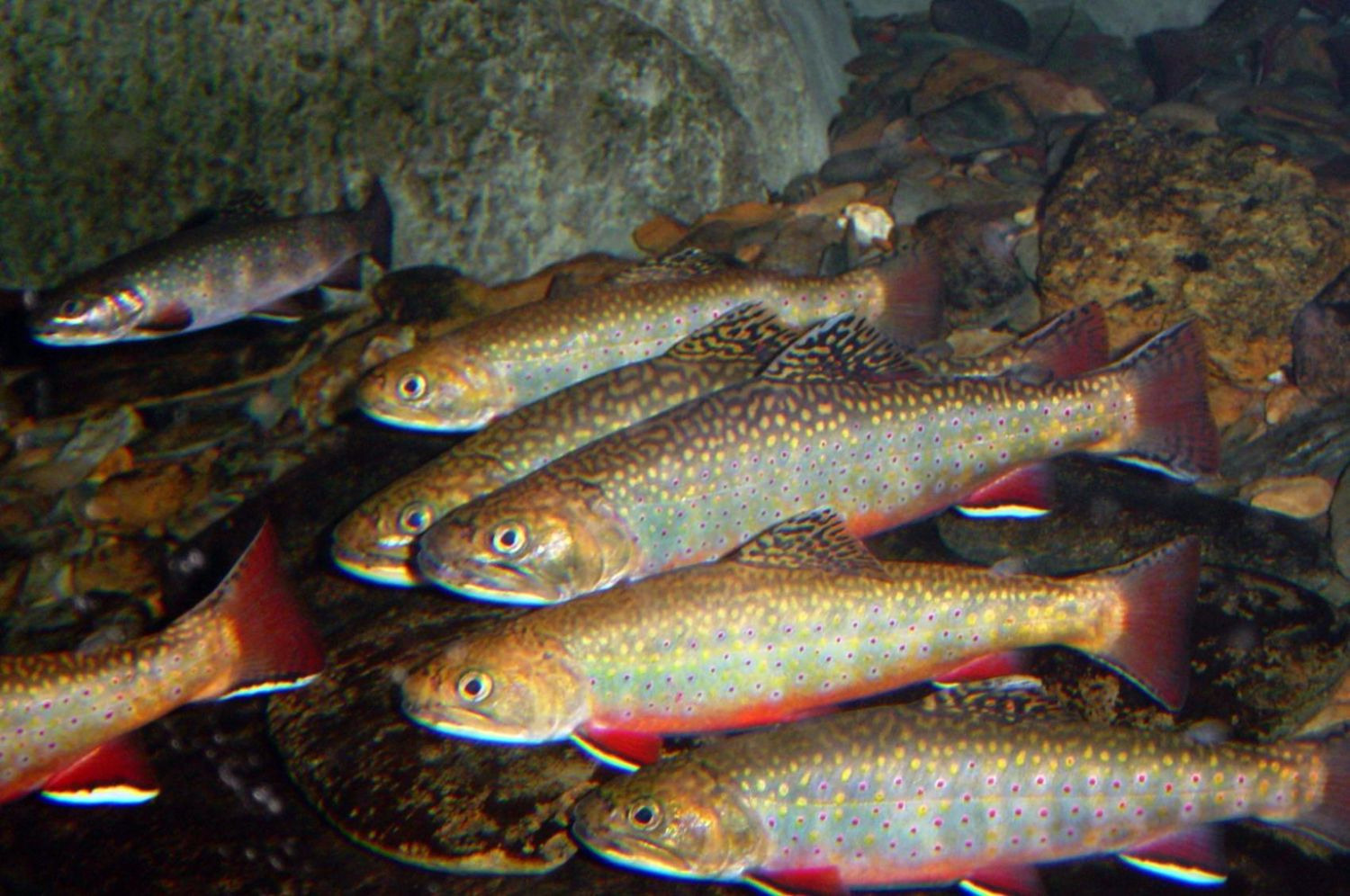 The NC Department of Environmental Quality has fined Bottomley Evergreens & Farms and Bottomley Properties more than $268,000 for water quality violations, one of the largest civil penalties ever assessed by the agency.

While clear-cutting 360 acres of forest for cattle pastures in Alleghany and Surry counties, the companies extensively damaged more than three linear miles of streams, as well as wetlands, according to court records.

Many portions of these waterways were filled with rock, mud and dirt, requiring the NC Wildlife Resources Commission to conduct an emergency fish rescue to save a unique species of mountain trout, known as a brookie, Policy Watch reported earlier this year. [Read more…] 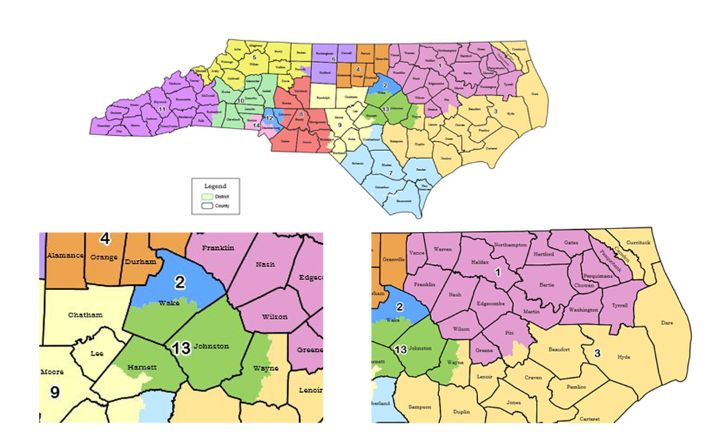 The political drama in North Carolina’s 1st Congressional district is focused on the Democratic primary, whose winner could succeed incumbent U.S. Rep. G.K. Butterfield. But two Republican candidates for that seat have raised nearly as much for their campaigns — from their own funds — as the two most prominent Democrats combined.

Rocky Mount Mayor Sandy Roberson has loaned his campaign nearly $1.1 million, far exceeding the $94,000 other contributors have donated. Roberson is CEO of the nursing home company Carrolton Facility Management. He lists his $17,636 mayor’s salary and a $15,000 salary from a limited liability company as sources of earned income on his financial disclosure form, as well as rental and investment income.

Also from Rocky Mount, Republican Sandy Smith loaned her campaign $442,000, but has repaid most of it. [Read more…] 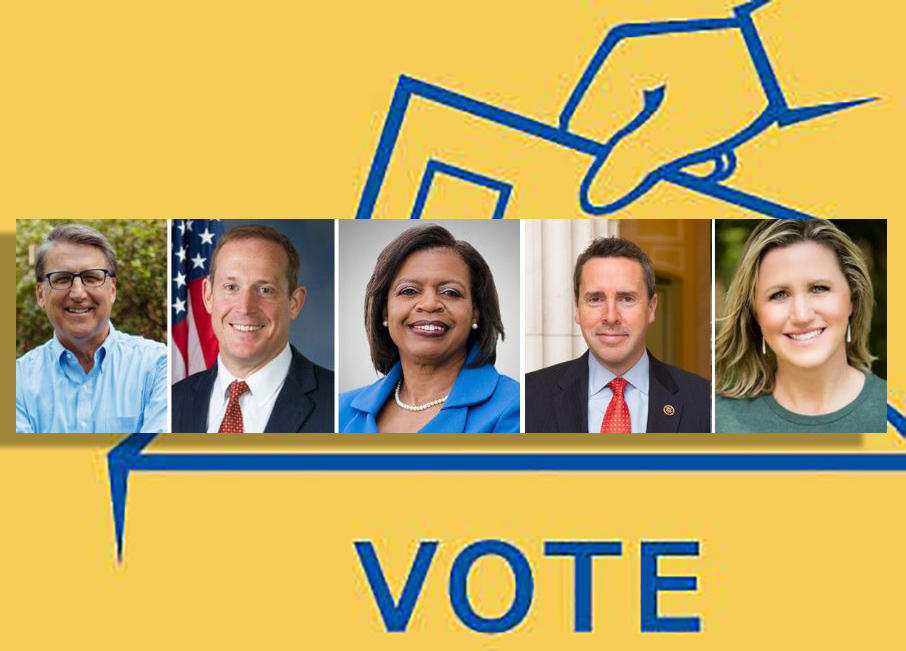 Presumed Democratic nominee Cheri Beasley faces an uphill fight, but will bring plenty of experience and funding to the effort

Absentee ballots are starting to roll in and in-person early voting began Thursday in this year’s U.S. Senate primary, an election in which nearly all of the focus is on the bare-knuckled fight in the Republican race.

But even before that’s decided, the country’s top political prognosticators are out with predictions for the fall. All are in agreement that the GOP appears on track to hold on to the North Carolina Senate seat being vacated by three-term Sen. Richard Burr.

Part of the reasoning behind the forecasts is a well-established trend of losses for the president’s party in midterm congressional elections. That’s being amplified by the drop in President Joe Biden’s favorability ratings in North Carolina, which remains well below where it was on Election Day 2020, when he lost the state by roughly 75,000 votes out in of more than 5.4 million cast.[Read more…]

Several years ago, while driving in Raleigh to what was then a regular, weekly breakfast with my (now deceased) mom, I found myself at a stoplight, briefly shouting and shaking my fist in what, I later realized, could have appeared to reasonable observers to be a moment of angry road rage.

In fact, the object of my ire was not some perceived slight from another driver. Rather, I was – in the spirit of millions of Americans who take their work and its subject matter much too seriously – talking back to my car radio as it played what seemed to me an especially maddening news report about a foreign politician who had taken what struck me as a particularly ignorant and hateful action.

Unfortunately, one observer who apparently interpreted my fury in a very different way was a person of whom I had scarcely been aware until that moment: the driver stopped in front of me. Within seconds of witnessing my brief display in her rearview mirror, she was gesticulating angrily in my direction.[Read more…] 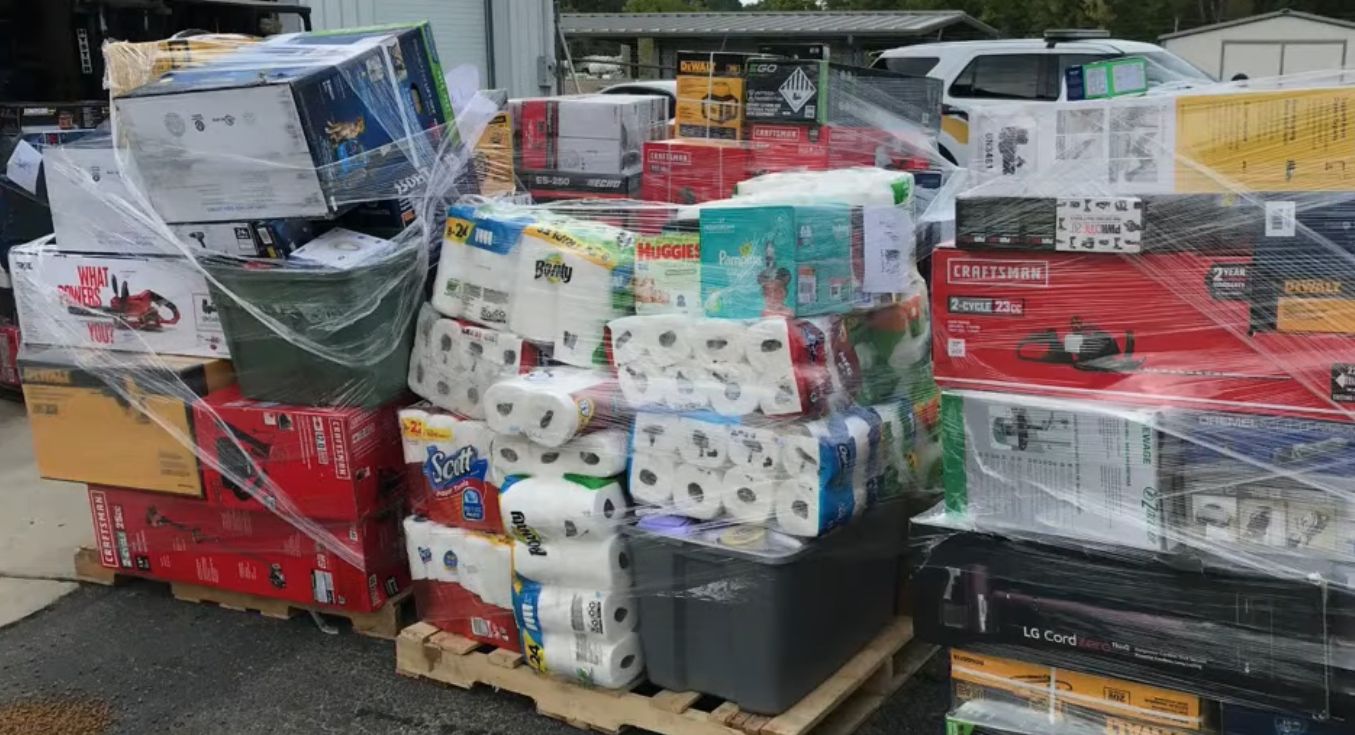 “I’m not talking about someone who comes into the store because their lawnmower won’t run and they can’t afford the part to fix it, or the roof that’s leaking and they steal a pack of shingles,” Dowdle explained. “These are people who come in and steal significant amounts of product.”

Dowdle told members of the Joint Legislative Oversight Committee on Justice and Public Safety that it’s not just one store; it’s a statewide problem.[Read more…] 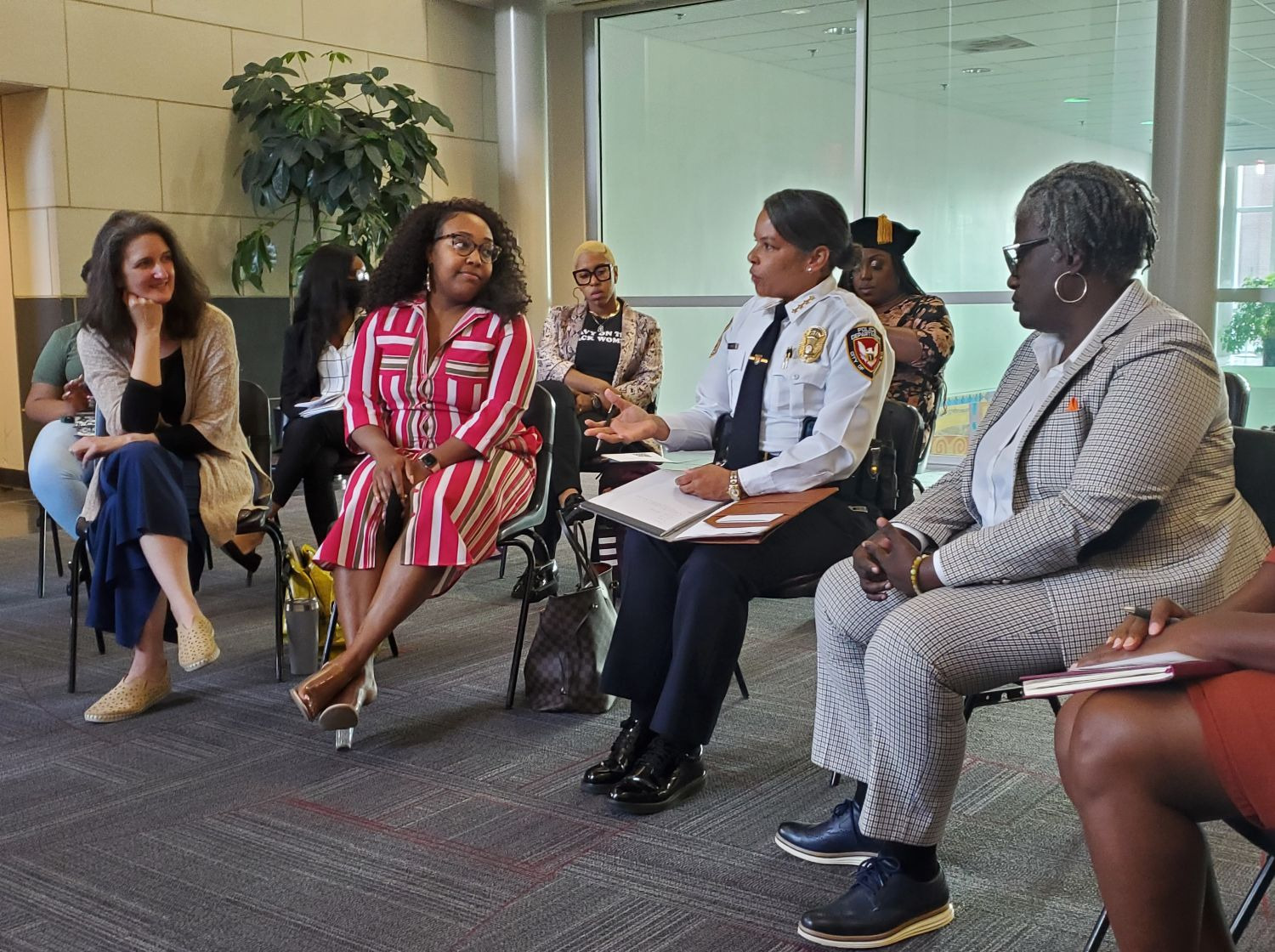 Durham police chief, sheriff, and D.A. agree that county’s practices and experience can be a model for systemic reform

Durham Police Chief Patrice Andrews teared up as she sat in a close circle of people in the Great Hall of North Carolina Central University’s Law School.

“When I was much younger I was the victim of a very brutal rape,” she told the assembled law students. “And I had kind of struggled with that, obviously. Because I never reported it. Because I kind of felt like I deserved it. I put myself in a situation and I was made to feel that I deserved it.”

Like many people who have been sexually assaulted, Andrews didn’t feel the traditional justice system was on her side. Had she reported it, had she been believed, had her assailant been arrested, tried and convicted, it would have done little to address the lifelong harm — something she still struggles with today.[Read more…]