Top stories: From Roe to Leandro, a week of landmark decisions before our courts

By Clayton Henkel
In Commentary, Courts & the Law, News

A few years ago, I reserved a room at the North Carolina Association of Educators Building in Raleigh for a large public luncheon. When our team arrived a half hour before the event to get set up, however, we encountered a troubling surprise.

To our alarm, we discovered that there had been a scheduling mix-up and the large room in question was occupied by a sizable assemblage of teachers who were in town for some kind of training session. Tables, chairs and materials were scattered across the room.

Gingerly but urgently, I approached a couple of the teachers and informed them of the fast-impending crisis.

To my enormous relief and everlasting appreciation, they instantly sprang to action. “No worries!” one of the teachers replied pluckily as she and her colleagues gathered their stuff, helped rearrange the meeting room, and departed quickly for a much smaller and, undoubtedly, less adequate space. [Read more…] 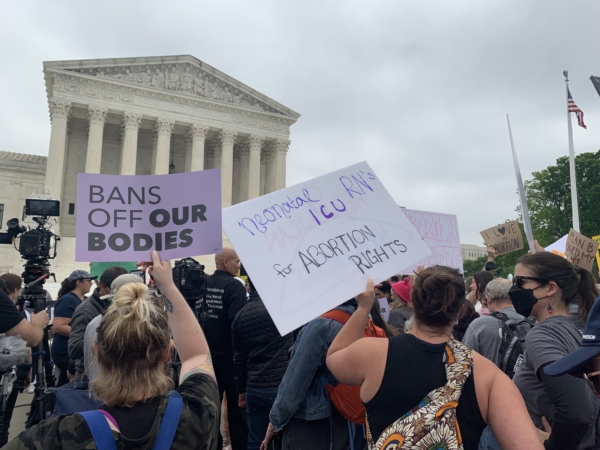 WASHINGTON — U.S. Senate Democrats on Tuesday pledged a new vote codifying the right to an abortion after publication of a draft court ruling that showed the Supreme Court on track to overturn the landmark Roe v. Wade abortion decision.

Democrats, who likely won’t have the votes to advance that bill, also predicted that abortion will emerge as a major issue in the upcoming midterm elections for members of Congress.

Their comments came as abortion rights supporters across the United States reeled in reaction to the disclosure of the initial draft U.S. Supreme Court opinion, led by Justice Samuel Alito and leaked to Politico. While the court ruling is not final until published, the draft states that earlier abortion decisions “must be overruled.” [Read more…]

3. ‘I have never known a world in which we didn’t have the right to choose.’

Senate Dems: Women have the power to fight against future reproductive restrictions

“I am 38 years old, and I have never known a world in which we didn’t have the right to choose.”

Senator Natalie Murdock (D-Durham) said Wednesday that she has serious concerns that that autonomy over one’s own body may be at risk if the U.S. Supreme Court moves forward and strikes down Roe v. Wade, the nearly 50-year-old ruling that guarantees the right to obtain an abortion.

“At this point it seems much more like an illusion than a reality to say we truly believe in freedom after this draft opinion was leaked,” Murdock said. 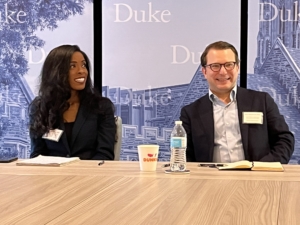 Overturning the constitutional right to abortion has the potential to shake up North Carolina elections, Duke University experts said Tuesday.

The Supreme Court’s abortion decision could transform the U.S. Senate race in North Carolina and focus national attention on legislative races this fall, they said.

Politico reported on a draft opinion written by Justice Samuel Alito that overturns the 1973 landmark decision Roe v. Wade. The opinion concerns a Mississippi abortion law that would ban the procedure after 15 weeks of pregnancy.

5. Overturning Roe would hand power over abortion to states. Many would ban it. 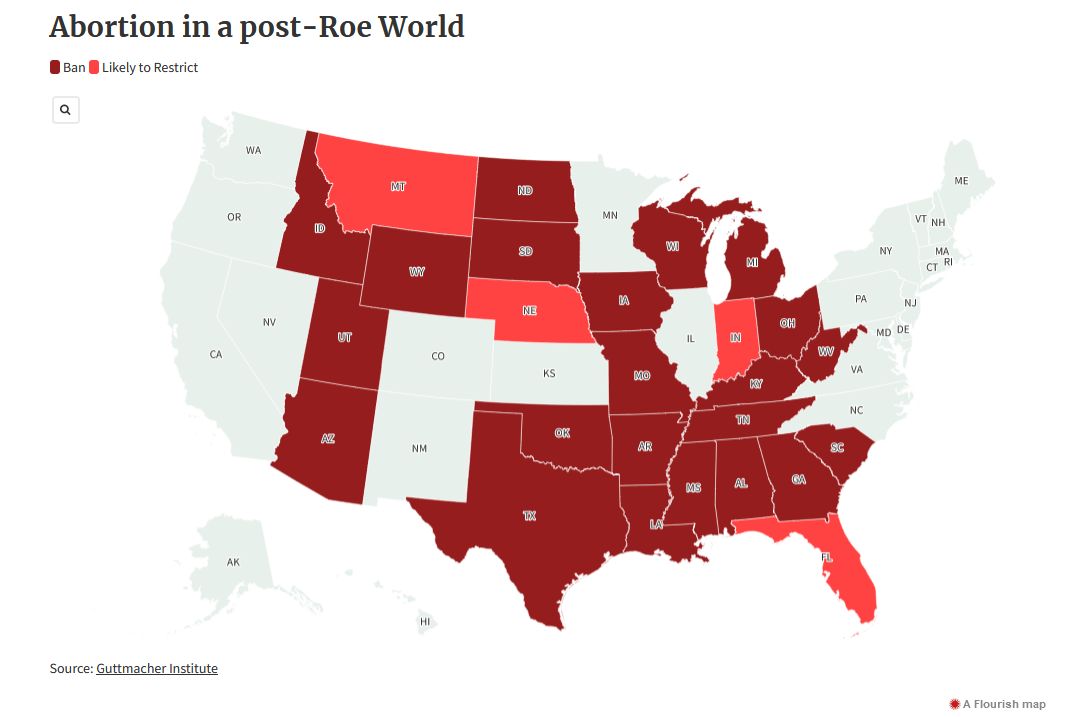 Cooper joins other governors in calling for passage of federal protections

A U.S. Supreme Court ruling striking down a nearly 50-year-old right to abortion would lead to strict restrictions or bans by states across nearly half the country almost immediately.

The court is poised to overturn the landmark 1973 case Roe v. Wade, as well as a subsequent ruling on fetal viability, according to an initial draft of a majority opinion in a pending abortion case published Monday by Politico.

The draft is not final, and could change before the court issues a ruling, but the revelation ignited a push among Democrats — including a group of 17 governors — to codify abortion protections under federal law.

If made final, the court opinion would create a patchwork of legal abortion access across the country by leaving policymaking to the states, 26 of which are poised to immediately ban the procedure or place severe restrictions on it, according to an analysis from the Guttmacher Institute, a pro-reproductive rights research group. The states are concentrated in the South and Midwest.[Read more…]

Just over half of those surveyed (52.6 percent) said they want to see a state law preserving the level of access to abortion under Roe or expanding it further. Just under 40 percent said they want a law that severely restricts access or makes it illegal in all circumstances.

As was expected, the State Board of Education on Thursday unanimously agreed to terminate Torchlight Academy’s charter due to ongoing concerns about the school’s finances and governance.

The board’s decision means more than 500 K-8 students from Wake and surrounding counties will be forced to find new schools in the fall. The school will close on June 30.

The grants are awarded under the Needs-Based Public School Capital Fund. They will help to build 14 new or replacement school buildings, including four high schools, a Career and Technical Education Center and a pre-kindergarten through 12th-grade school.

The grants represent the largest annual allocation under the program, created by the General Assembly in 2017 from state lottery revenues. The grants are in addition to the state’s lottery-supported Public School Building Capital Fund, from which all districts receive an allocation each year.[Read more…]