1. The latest lame excuse for holding up Medicaid expansion (Commentary) 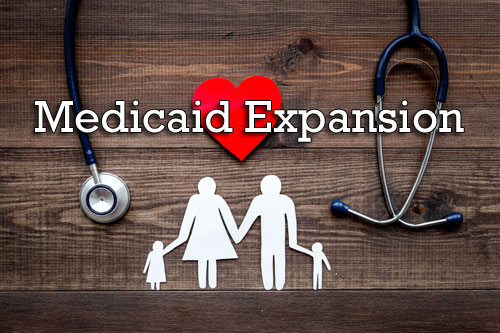 For nearly a decade, North Carolina has forgone billions of federal dollars, prevented the creation of thousands of good jobs, caused multiple rural hospitals to close, and most disturbingly, condemned thousands of uninsured people to an early death by refusing to follow the lead of 38 other states by expanding Medicaid.

The NC Department of Health and Human Services spelled out this undeniable fact in a succinct and compelling summary a few months back. It noted that expanding Medicaid under the terms of the Affordable Care Act would, among other things: [Read more...] 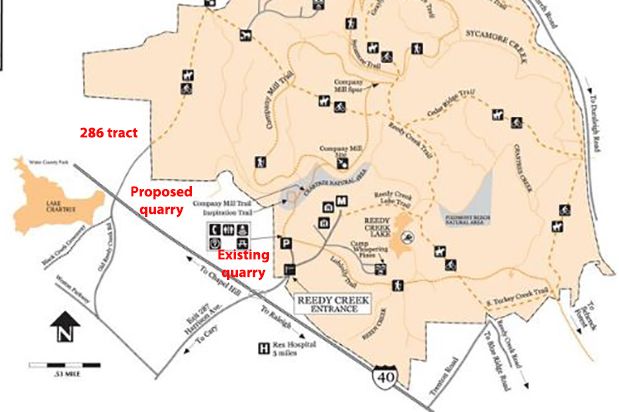 In early February of this year, Brian Wrenn, director of the state’s Division of Energy, Minerals and Land Resources – DEMLR – visited Umstead State Park, one of the premier natural areas in the Triangle.

Wrenn and several other top DEMLR officials had assembled there at the behest of Reid Wilson, the secretary of the Department of Natural and Cultural Resources, which oversees the state park system.

DEMLR was weighing a controversial mining permit application filed by Wake Stone to expand its existing rock quarry onto 225 acres abutting the Umstead State Park boundary. The decision, to approve or deny, was solely Wrenn’s.

When Wrenn denied the permit, he wrote that “noise, traffic and visual impacts” were incompatible with the public’s use and enjoyment of the park. [Read more...] 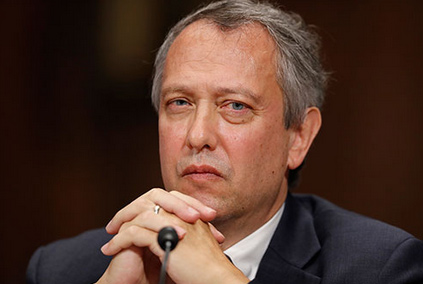 About $2.9 million in taxpayer money has gone to law firms Republican legislators hired to do redistricting work for them in the last round of map-drawing, work that included representing GOP leaders in redistricting lawsuits.

Invoices from law firms for redistricting work date from late November 2021 to July 2022, according to an accounting from the Legislative Services Office that NC Policy Watch obtained through a public records request. The payments over those months went to two law firms, Baker & Hostetler and Nelson Mullins Riley & Scarborough. Phillip Strach is partner at Nelson Mullins and often takes the lead in oral arguments in North Carolina redistricting cases. Thomas Farr is another partner with the firm who has represented North Carolina Republicans though several rounds of redistricting litigation since at least 2001.

The list of invoices does not include any from Cooper & Kirk, the Washington law firm representing legislators before the U.S. Supreme Court in Moore vs. Harper. In that pivotal case, Republican legislators are seeking to bar state courts from hearing cases concerning congressional redistricting and other matters related to elections for federal offices. The U.S. Supreme Court is expected to hear oral arguments in that case late this year or early next year.[Read more…] 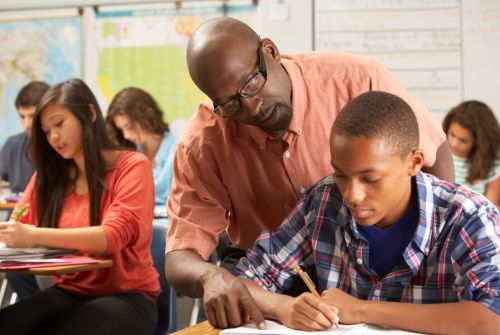 While there are many disagreements in education policy, nearly all researchers agree that within the school walls, there’s nothing more important than an excellent teacher. North Carolina’s Supreme Court agrees. In 2004, they established that staffing each classroom with a competent, well-trained teacher is vital to providing students with the “sound basic” education guaranteed under our state constitution. And certainly, every parent and caregiver would agree that their child deserves a great teacher.

According to data from the North Carolina School Superintendents’ Association, North Carolina’s public schools started the year with at least 4,469 teacher vacancies. That’s an underestimate of the true problem, as just 98 of 115 school districts provided their data. As a point of reference and using data from all 115 districts, the Department of Public Instruction reported 3,800 vacancies on the first day of the 2020-21 school year, up from 1,829 in 2019-20. This is a bit of an apples-to-oranges comparison, but clearly shows that vacancies are skyrocketing.

Even in filled classrooms, not every student has access to a great teacher. That same NCSSA survey reports that the number of teachers on provisional emergency licenses has nearly doubled, increasing from 1,942 to 3,618 this year. Schools are eager to hire any available candidate, which will likely have a negative impact on many students in classrooms with no vacancies. [Read more...] 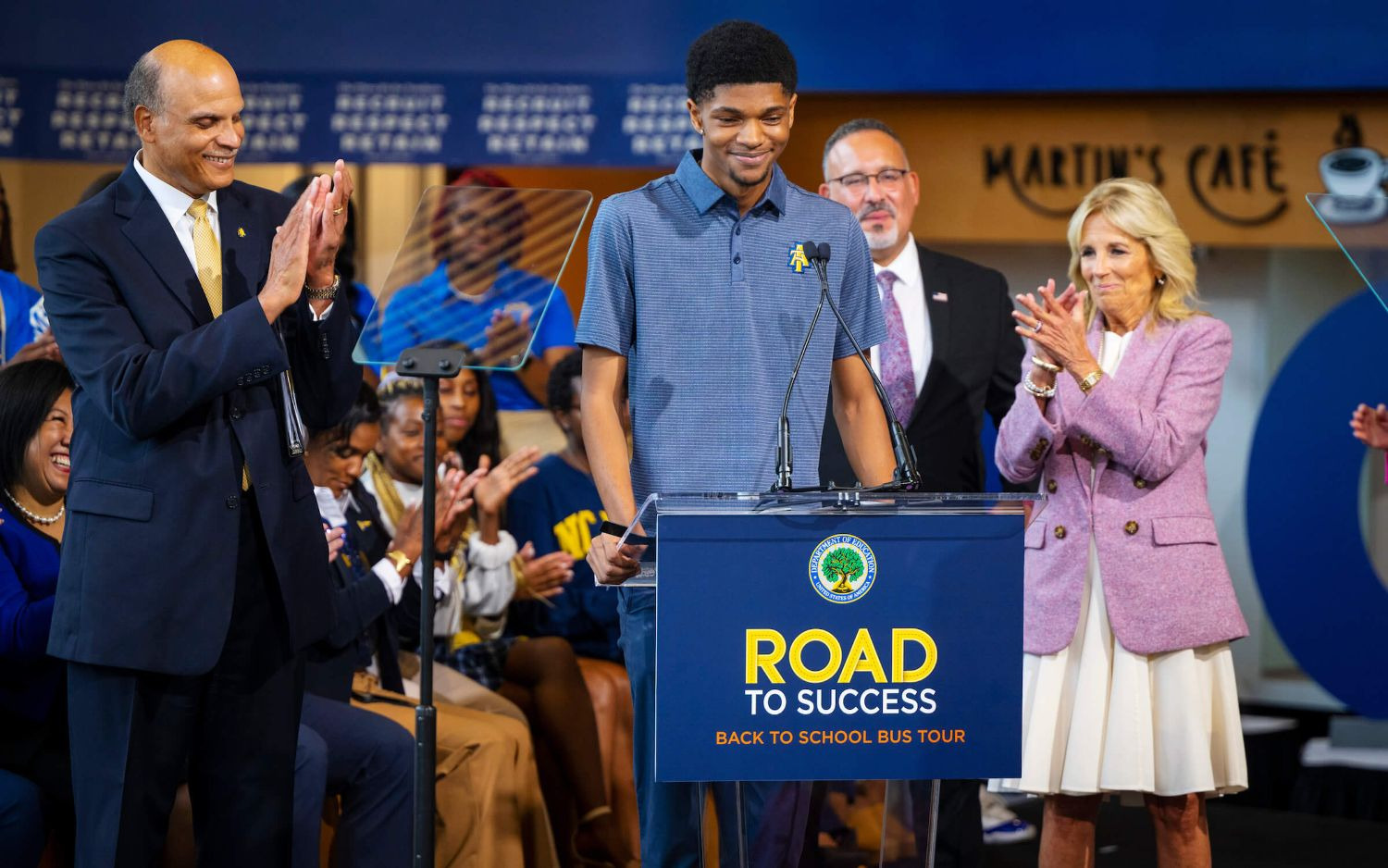 His dream of teaching started long ago while attending K-12 schools in Woodbridge, Virginia, Seay told an audience welcoming First Lady Jill Biden to the campus earlier this month.

Biden joined U.S. Education Secretary Miguel Cardona to kick off the Department of Education’s “Road to Success Bus Tour.” The week-long, multi-state road trip showcased how school communities are helping students recover from the pandemic, as well as the strategies states and districts are using to recruit and retain educators. 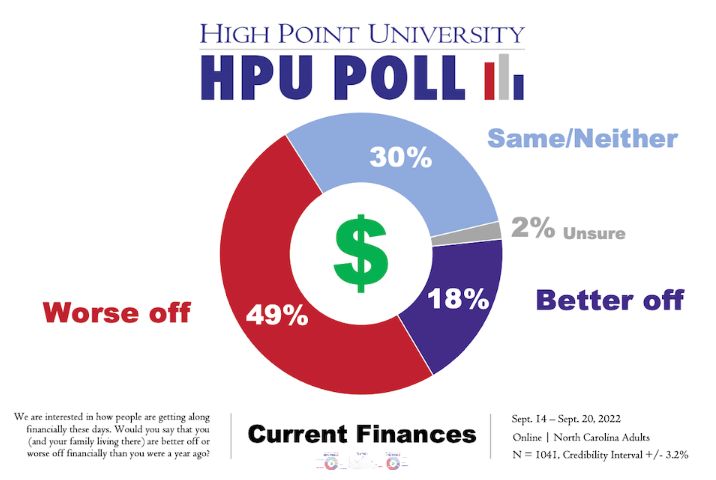 Two polls released this week show growing pessimism, frustration and political aggression among North Carolinians – but also a strong desire to vote in the coming elections.

The latest High Point University Poll, released Wednesday, measured consumer sentiment through five questions about how respondents view the U.S. economy and their own personal finances. Consumer sentiment was considerably worse than when the same questions were asked in February of this year, according to Brian McDonald, associate director of the HPU Poll and adjunct instructor.

7. A conspiracy-fueled push to count ballots by hand gains traction 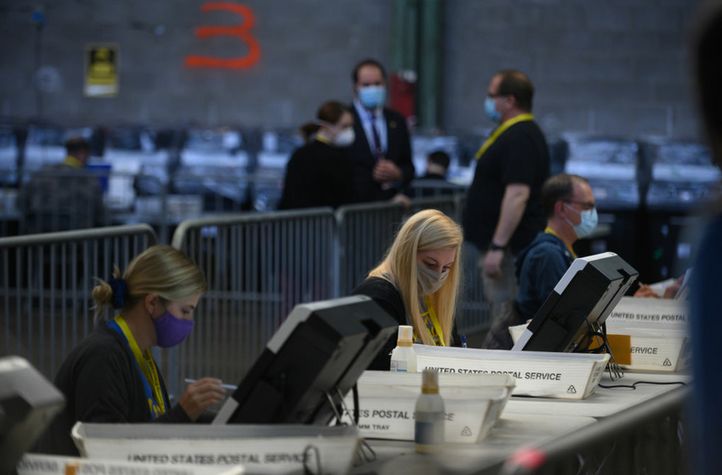 Nye County, a rural enclave in Nevada, has positioned itself as the epicenter of a Donald Trump-fueled conspiracy about the security of electronic vote tabulators.

The Nye County Commission voted in March to make the county one of the first to act on the false narratives that machines that count votes are rigged. County Clerk Mark Kampf, who has falsely claimed that Trump won the 2020 election, has said that volunteer voters there will hand count the roughly 30,000 ballots expected in the November election.

Across the country, Republicans aligned with Trump have directed ire at electronic voting machines, with Republicans in at least six states introducing legislation this year to ban the use of ballot tabulators (Arizona, Colorado, Missouri, New Hampshire, Washington and West Virginia). Over 90 percent of U.S. election jurisdictions currently use electronic tabulators, with only the smallest counties opting to count votes by hand. [Read more...]

8. The political right’s efforts to defund the IRS are an attack on societal health and well-being (Commentary) 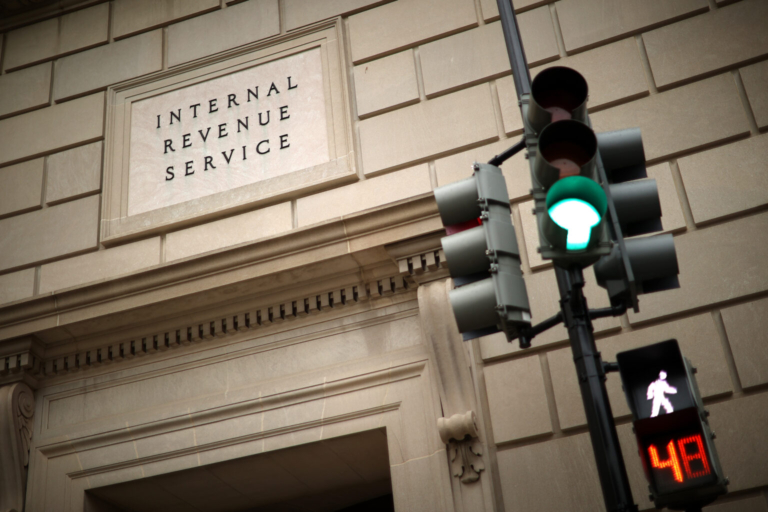 In December of 2019, my mom died. A couple of months later, the pandemic overtook American society, and as with so many other aspects of modern life that quickly took on an extra level of complexity and difficulty during those harrowing and chaotic months, settling her affairs got a good deal more challenging.

One notable example: dealing with her taxes.

In June of 2020 – two months past the normal due date, but well in advance of the special extended deadline – I mailed her 2019 tax returns to the state and federal governments.

Not long afterward, the State of North Carolina deposited her refund – a modest sum that helped cover some basic expenses.

But from the IRS, I received no word.

As summer turned to fall, I sought to find out what was going on. [Read more…] 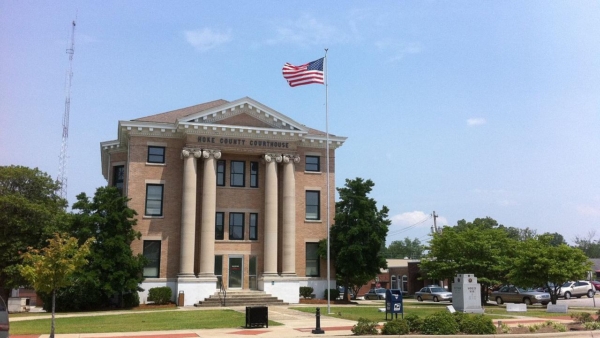 As a recent North Carolina transplant and the newest member of the Policy Watch team, I am getting to know my new home and beat by traveling to courtrooms across the state to observe routine, everyday hearings and share what I see with readers. Each dispatch will be from a different county. Where should I go next? Email me at [email protected]

The stories will not necessarily be about policy problems or systemic issues with the justice system. Rather, what is written will be deemed newsworthy because it is a routine occurrence that might surprise those who haven’t been through the system themselves. The first dispatch was in Chatham County; the second was in Guilford County.

The prospective jurors started arriving after lunch. They walked, single file, through the metal detector at the entrance of the Hoke County Courthouse, past the county sheriff’s deputy to check in with the court staff. Some spelled their names, others asked how long this would all take, but they each walked up the stairs or took the elevator to the old courthouse’s second floor, to report for jury duty in the Superior Court courtroom. [Read more…] 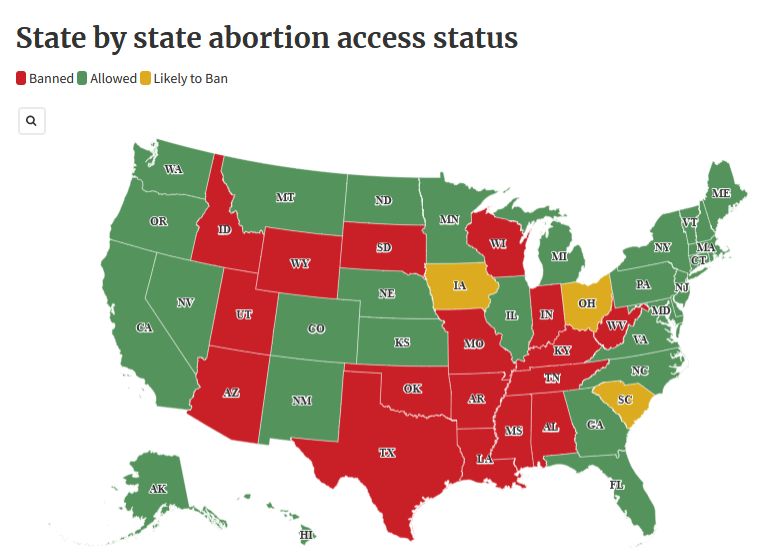 WASHINGTON —  A nearly 50-year-old federal law backed by Republicans allows the use of federal dollars for abortions in cases of rape, incest or the life of the pregnant person.

That so-called Hyde Amendment, which is folded into spending bills, is less stringent than new or planned abortion bans in some GOP-led states, where governors and lawmakers want to remove exceptions for rape and incest. In Missouri, for example, abortions are now permitted only in cases of a medical emergency. There are no exceptions for rape or incest under the state law. [Read more…] 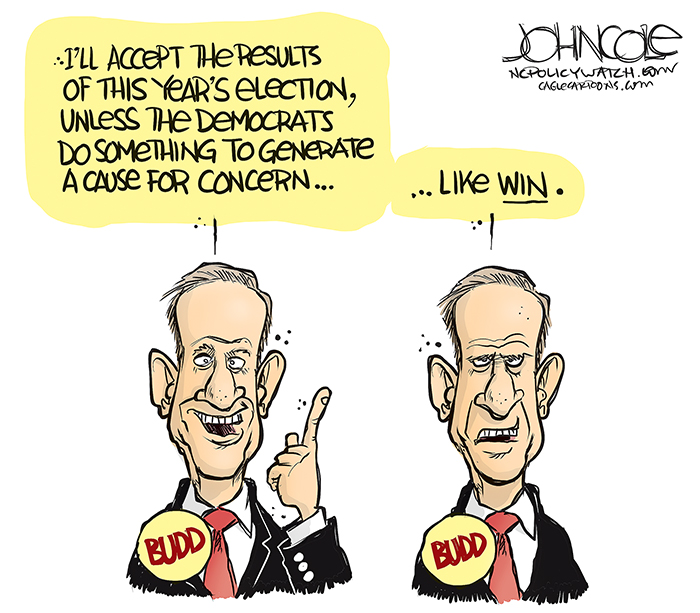