Also among the President’s proposed tax changes are provisions that would close some of the most egregious corporate tax loopholes. For instance, Obama’s proposed budget would eliminate a loophole that allows corporations to deduct interest expenses from overseas investments even when indefinitely deferring US taxes on the income from those investments. END_OF_DOCUMENT_TOKEN_TO_BE_REPLACED 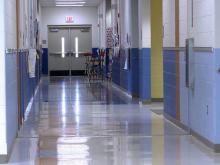 According to the latest data from the NC Department of Public Instruction (NC DPI), North Carolina’s public schools (excluding charters) have 15,497 fewer full-time personnel this year compared to three years ago. Just under one in three of those position losses (4,840) occurred in the last year, and seven in ten of those lost positions since 2009 are the result of fewer teachers (5,134) and teaching assistants (5,738). END_OF_DOCUMENT_TOKEN_TO_BE_REPLACED The President’s budget would, if enacted, make significant progress in reducing deficits, although policymakers would have to take further steps, especially for future decades.  Under its economic assumptions, it would achieve what most budget analysts, and all recent bipartisan commissions or panels, have identified as the crucial fiscal goal for the decade ahead — stabilizing the debt so that it no longer rises faster than the economy. END_OF_DOCUMENT_TOKEN_TO_BE_REPLACED

Consideration of Estate Tax Repeal Pushed Back to March

According to the committee’s chair, Senator Rucho, consideration of the legislation, including testimony by the Budget and Tax Center and the NC Center for Nonprofits, will be rescheduled for the committee’s next meeting in March.

Once again, North Carolina ranks near the bottom (44th) of the Tax Foundation’s annual rankings of its State Business Tax Climate Index (SBTCI).

The appropriate response of North Carolina policymakers and residents to the state’s poor ranking should be: “Who cares?”