Update from Minnesota: Mourners hold vigil for Daunte Wright, while demonstrators clash with police nearby

Hundreds of mourners filled the street at the corner of 63rd Avenue and Kathrene Drive in Brooklyn Center on Monday evening for a candlelight vigil where Daunte Wright, a 20-year-old Black man, was shot and killed by police during a traffic stop on Sunday.

Through tears, Wright’s family shared memories of the young father with an “angelic” smile, and Twin Cities’ faith leaders called for the public to continue to fight to end police violence in a state still reeling from the death of George Floyd at the hands of Minneapolis police last May.

“He didn’t deserve this at all. My heart is literally broken into a thousand pieces,” Wright’s mom Katie Wright said. “I miss him so much already, and it’s only been a day. I can’t imagine what’s going to happen tomorrow or the next day.”

The large wooden fist that was first erected in the middle of the intersection where Floyd died at 38th Street and Chicago Avenue — before being replaced by a metal version — was moved to the site of Wright’s death in the northern suburb, where mourners laid flowers and lit candles in Wright’s honor.

“My brother lost his life because they were trigger happy,” Wright’s older brother Dallas Bryant said, “I could tell my brother was scared. I could hear it in his voice. And for them to call it an accident or a mistake? To be honest, it’s just straight bulls***.”

Earlier on Monday, the Brooklyn Center police department released the body camera footage from the female officer — later identified as 26-year veteran Kimberly Potter — who shot Wright. It shows her shouting “taser!” three times before firing her gun at Wright, apparently mistaking it for her taser.

Several Twin Cities clergy offered prayers that also served as a call to action for people to sustain their support of Wright’s family and continue to fight for an end to police violence.

Drawing a connection with the recent Easter celebration, Plymouth Congregational Church Rev. DeWayne Davis said a resurrection is an uprising.

“We are in an uprising. We are not going back to the places of death,” Davis said. “We’re not going to sit down. We’re getting up until all of our children can walk free, that we don’t have to call their names in lament anymore but only in celebration.”

The sound of helicopters could be heard overhead as the vigil ran up against a 7 p.m. curfew ordered by Gov. Tim Walz in Hennepin, Ramsey and Anoka Counties following a night of unrest and looting Sunday, and escalating tensions after the release of the body camera footage. Sporadic looting broke out Monday night, as well.

Civil Right attorney Ben Crump, who earlier announced he would be representing the Wright family, paid his respects at the memorial. Crump represented the family of George Floyd in their civil lawsuit against the city of Minneapolis, winning an unprecedented $27 million settlement.

“This was such an unnecessary killing.” Crump said while leaving the memorial. “The fact that they would stop this young man for having an air freshener and shoot and kill him. Now we can’t be Black and drive with an air freshener. America: We can do better.”

Wright’s family called for peace, asking mourners to go home after the vigil.

While the intersection where Wright died emptied out after the curfew, a crowd swelled just a few miles away at the Brooklyn Center police station.

Hundreds of protesters clashed with police in riot gear. Some protesters lobbed what appeared to be water bottles and fireworks over newly erected fencing surrounding the police station.

Police returned fire with chemical irritants, less lethal munitions and flash bangs, telling demonstrators to comply with the curfew and leave the area or else be arrested for unlawful assembly. Some tear gas canisters landed on the porches of people’s apartments just across the street from the police station.

Max Nesterak is a reporter for the Minnesota Reformer, which first published this story. 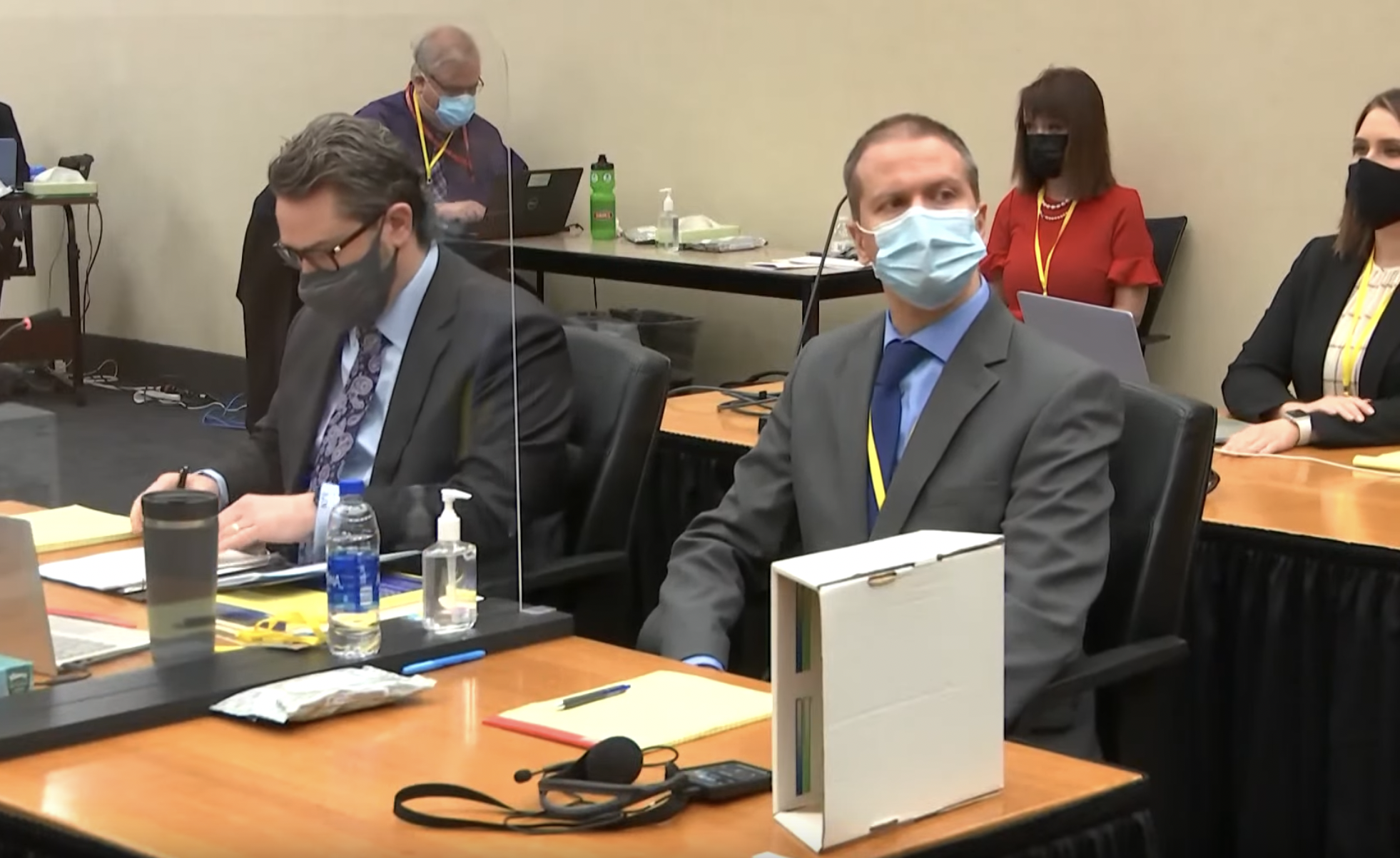 During the video, Floyd says “I can’t breathe” 27 times, with that phrase becoming a chant at demonstrations across the country. END_OF_DOCUMENT_TOKEN_TO_BE_REPLACED